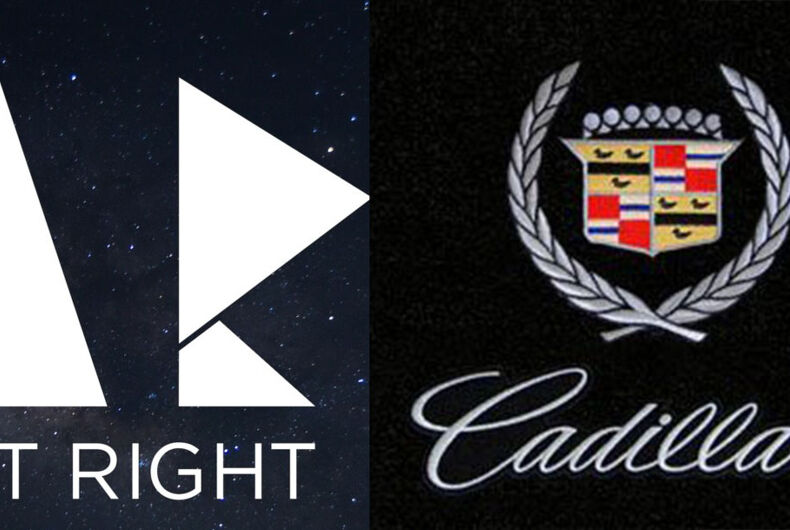 Pause for a moment and consider the feelings of all of the so-called alt-right white supremacist neo-Nazi racists in America, whose hopes were boosted yet again this weekend: “Finally! At long last, not only do we have one of our own advising the president of the United States, but now we’re going to be on TV in a commercial for Cadillac!”

Yeah, not so fast.

As the Washington Post reported, the luxury division of the General Motors automotive brand, for whom this casting company was trying to find “REAL-Alt-Right believers/thinkers,” has slammed on the brakes and put this outrageous campaign in “park.”

Note how the Cast Station advertised that this is “not meant to be offensive in any way.” Oh, okay, then.

According to the ad, “This is a beautifully artistic spot that is captureing [sic] all walks of life of America. Standing together as a union.”

Super horrified that @Cadillac is planning on including neo-nazis in a "feel good" campaign featuring "all walks of life." Unacceptable. pic.twitter.com/e32Vb10RxA

And although the casting agency was on the hunt for other “real people,” it doesn’t appear they made any effort to find any fabulously real LGBTQ people.

A lot of “real people” sounded off on Twitter and Facebook about the casting call, but perhaps the best tweet was by out trans man and ACLU legal eagle, Staff Attorney Chase Strangio of the organization’s LGBT & AIDS Project:

We’ve asked, and haven’t heard back. Sigh, always the bridesmaid…

A serious question from @lgbtqnation: did your search for "real people" also include LGBTQ folks? Asking for 8 million friends.

Cadillac attempted to quell discontent and anger by blaming the casting agency, posting on Twitter and Facebook:

“Cadillac did not authorize or approve a casting notice for an ‘alt-right (neo-nazi)’ role in a commercial. We unequivocally condemn the notice and are seeking immediate answers from our creative agency, production company and any casting companies involved.”

And since blame rolls downhill, no surprise that The Cast Station responded by blaming an employee who is reportedly no longer employed there:

More than a few responses called “bullshit” on the claims of Cadillac being in the dark.

Perhaps the most famous and most prominent figure in the so-called alt-right white supremacist racist movement is Stephen K. Bannon, President-elect Donald Trump’s chief strategist and senior adviser in the White House. Prior to running Trump’s presidential campaign, Bannon was executive chair of Breitbart News, which is a go-to website for that racist antigay ideology.

Antigay preacher to mall kids: ‘Santa is not real’