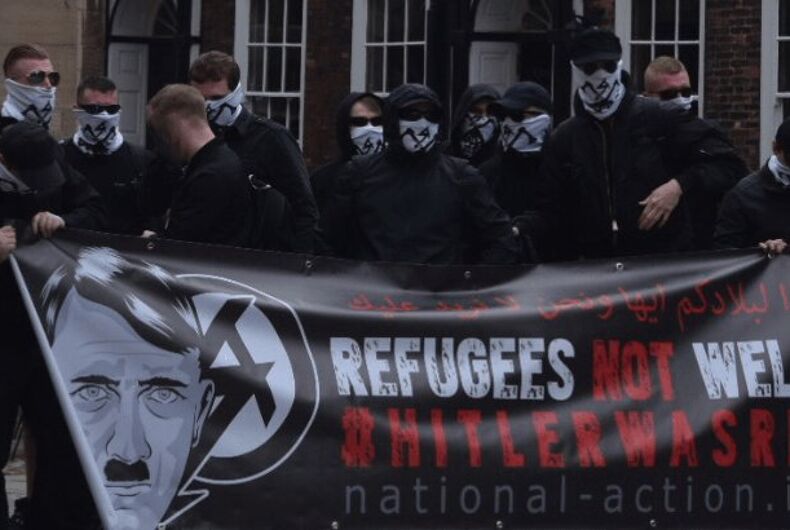 Britain’s government is banning an extreme right wing group under the Terrorism Act 2000 — the first time a right-wing organization has been banned under the legislation.

Home Secretary Amber Rudd banned National Action with an order that comes into effect on Friday. Being a member will then become a criminal offense.

Rudd, who described the group as a “racist, anti-Semitic and homophobic organization,” had decided to ban the group before the trial of Thomas Mair, who was convicted in the slaying of lawmaker Jo Cox.

A slogan used by Mair in court, “Death to traitors, freedom for Britain,” appears in online results when searching for National Action.

Authorities have expressed concern that the threat from the extreme right is growing.

Trumped-up: Being gay and disabled in a red state one month after the election