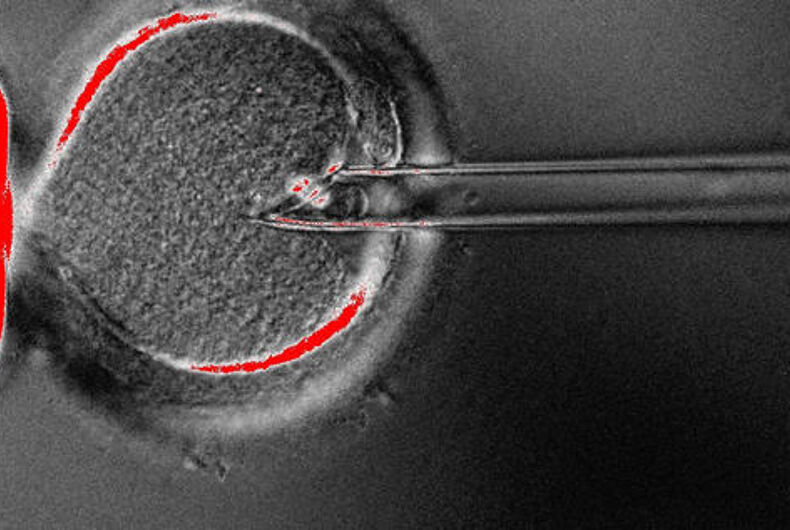 The regulator’s chair, Sally Chesire, on Thursday described it as a “life-changing” moment for families who might benefit from the treatment.

“Parents at very high risk of having a child with a life-threatening mitochondrial disease may soon have the chance of a healthy, genetically related child,” she said in a statement.

The new procedures are intended to fix problems linked to mitochondria, the energy-producing structures outside a cell’s nucleus. Faulty mitochondria can result in conditions including muscular dystrophy, major organ failure and severe muscle weakness.

Last year, Britain changed its law to permit scientists to modify eggs or embryos before they are transferred into women, becoming the first country to legally approve the techniques. In September, U.S.-based doctors announced they had created the world’s first baby using such techniques, after traveling to Mexico to perform the methods, which have not been approved in the United States.

To help women with mitochondria problems from passing them down to their children, scientists remove the nucleus DNA from the egg of a prospective mother and insert it into a donor egg from which the donor DNA has been removed. That can happen before or after fertilization.

But Britain’s decision to approve using the new methods will not open the floodgates to genetically modified babies. Clinics will need to apply to Britain’s fertility regulator for permission to use the techniques on a case-by-case basis. The decision was made after five years of reviewing the development, safety and efficacy of the procedures.

Newcastle University said it was planning to apply for a license to use the new fertility techniques and was aiming to treat up to 25 patients a year.

“It is enormously gratifying that our many years of research in this area can finally be applied to help families affected by these devastating diseases,” said Mary Herbert, a professor of reproductive biology at Newcastle University.

But critics charged the decision will put people at unnecessary risk of an untested procedure and said women with faulty mitochondria should opt simply to use egg donors.

“This decision opens the door to the world of (genetically modified) designer babies,” said David King, director of the Human Genetics Alert group. “Allowing mitochondrial replacement means that there is no logical basis for resisting GM babies.”

© 2016, Associated Press, All Rights Reserved.
This material may not be published, broadcast, rewritten, or redistributed.
Health and Wellness
Britain, In-vitro Fertilization