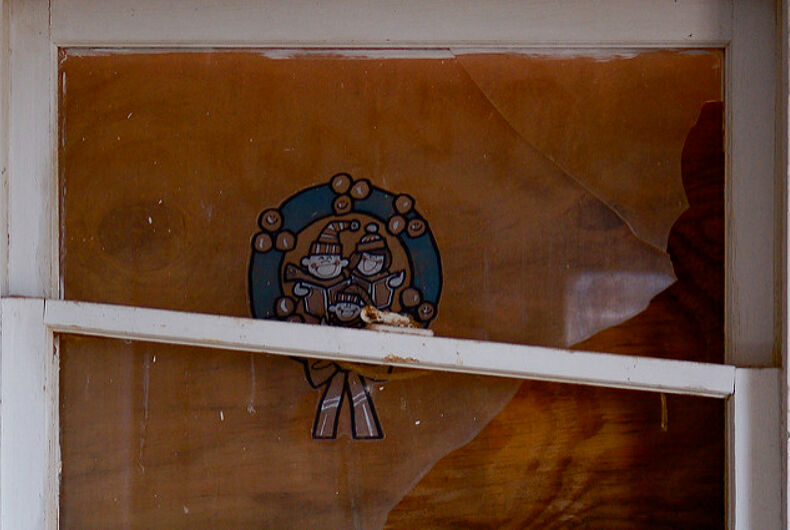 Taking a truly unprecedented step, Santa Claus (a.k.a. Kris Kringle, Papai Noel, Old Saint Nickolas, Father Christmas, and other aliases) announced today that though his heart is breaking, he will not be able to deliver toys to deserving Christian children this year because of the enormous and vast human-caused climate changes worldwide.

From the very moment they perceive language, most Christian children understand the incredible spy-gathering capabilities of Santa. In some cultures, youth learn that Santa “knows when you are sleeping, and “he knows when you’re awake.” Children grow up terrified that Santa, through his snoops, “knows if you’ve been bad or good.” And because of this, Santa warns children that they must “be good for goodness sake.”

This year as in years past, Santa created his lists examining who has been good and who has been bad. After checking them twice, he found that though most young people earned acceptance onto the “good” list, most adults of all religious and nonreligious backgrounds, nonetheless, landed themselves on the “bad” list. Because of these naughty adults, Santa felt he had no other choice than to cancel his scheduled toy delivery for all the good Christian children.

Santa feels really pissed off by humankind’s failure to heed the perennial dire warnings of most reputable scientists of the deadly consequences of our overuse and unsustainable abuse of fossil fuels as energy sources and our over-dependence on animal-based agriculture that emits large amounts of CO2 into the environment.

Even if Santa had decided not to punish people by withholding toys this year, he would not be able to make his yearly rounds on Christmas Eve. Due to dwindling ice caps at the North Pole, the length of runway needed for Santa’s trusty reindeer team has shrunk to the point where it no longer provides enough space for a successful takeoff and landing.

Even last year on Christmas Eve, though the team took off from Santa’s private runway, Rudolph’s usually reliable red nose was barely bright enough to pierce through the increasingly thick layer of smog and soot encircling the Earth. On numerous occasions, Rudolph nearly crashed the team into mountain peaks and large buildings due to lowered visibility.

All the reindeer and even Santa himself have developed severe cases of asthma and emphysema from inhaling toxic fumes over the years.

With all of the problems plaguing Santa this year, the elves have added to his woes by filing a joint lawsuit against their employer. Global warming has increased to the point that many of the elves have fainted from heat exhaustion in Santa’s workshop as they make toys, and they are demanding better working conditions.

Though Santa Claus will not be landing on your house tops, shimmying down chimneys, and quietly placing presents beneath Christmas trees (which he would rather you leave in the ground since trees clean the air), he does give humankind a poignant proverb from Indigenous rights activists, which if taken to heart, is much more valuable than any mere material gift to the future of life on this planet and into space:

And to all — a clean, safe, and sustainable tomorrow.

What has straight men panicking right now? Fear of the #SwitchItUpChallenge