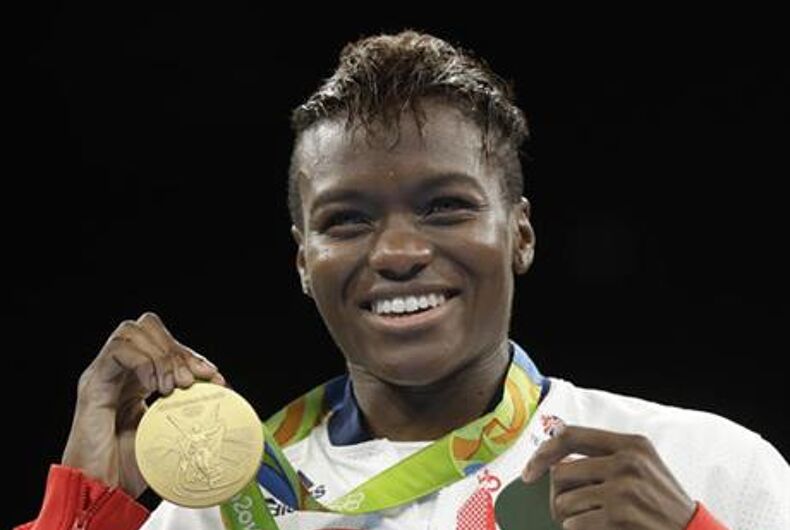 Outsports has named its athletes of the year, with Orlando Cruz earning male athlete and Nicola Adams receiving the honor among female athletes. Both boxers had big years, with Cruz winning a North American title and Adams successfully defending her Olympic gold medal for the Great Britain team.

Here’s what Outsports has to say about Adams:

Nicola Adams was nothing short of amazing in 2016. The boxer from Great Britain didn’t just win a world championship, she followed it up in August with an Olympic gold medal as well. She was the only British boxer to win an Olympic gold in 2016.

Adams came out publicly as bisexual several years ago, doing it so her public life could match her private life.

“No one’s ever really cared about me being bisexual and I only came out because I had always been out,” she told Vogue. “It’s just the general public didn’t know. I’m quite fearless. I’m like, ‘Let’s just go out there and do this and see what happens.’”

Along the way she has inspired female and LGBT athletes alike with her courage and historic success in the ring.

Revealed: The obvious gay subtext of ‘Rudolph the Red-Nosed Reindeer’