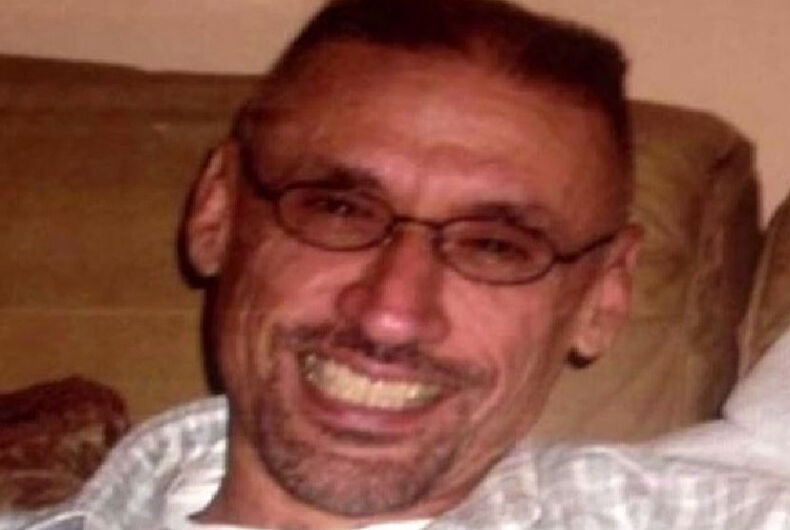 The U.S. State Department confirms two of the people injured in this week’s terror attack on an outdoor Christmas shopping mall in Berlin, Germany, are Americans. One has been released from the hospital, and the other has been identified by family in Texas as Richard Ramirez, 62.

According to his family, he is in serious condition in intensive care, following surgery.

Ramirez is a native of Rio Grande Valley in San Benito, a suburb of San Antonio. Armando Ramirez told reporters his brother moved to Berlin between ten and 15 years ago to live with his partner, who was killed in the attack. No name was provided for the partner, who is a German national.

The brother said the family had worried from the moment news spread of the attack, in which a truck loaded with tons of steel careened through the packed market, killing a dozen people. The New York Times reports the man who killed the driver and then drove the truck into the crowd, identified as Anis Amri, a Tunisian national, was killed in a gun battle with police outside the Italian city of Milan Friday.

Ramirez said he learned his brother’s fate from a call from the U.S. Embassy in Berlin.

“I quickly thought about my brother Richard. I thought, ‘Oh dear Lord, I hope that he wasn’t anywhere near that area or was hurt.’ But then I didn’t hear anything as the day went on, and then we got the news this morning… We’re just devastated,” he told KRGV-TV.

“They told me he was in the hospital in the ICU and they had done surgery and removed part of his colon and it messed up his ACL,” he told Valley Central News. The embassy’s Office for Victim Assistance is helping Ramirez’s family travel to Germany in order to be by his side. “Everyone’s been praying for my brother and the other victims and all we can do is hang on to our faith and pray,” he said.