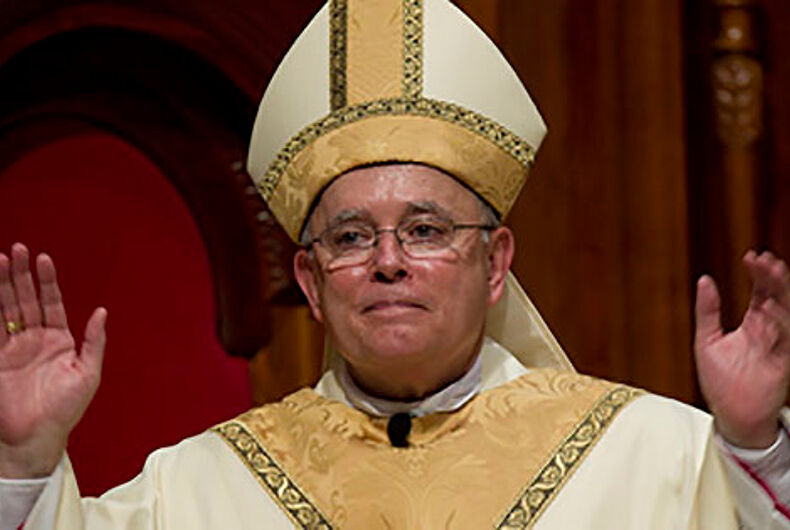 Declaring that compromise will “crush Catholics,” a leader in the church revealed an effort by “80 Christian leaders—including four leading Catholic bishops and many Catholic education leaders,” to address what they described as a very serious threat looms with so-called SOGI laws.”

“SOGI” is their acronym for sexual orientation and gender identity, the “loaded terms” which Patrick J. Reilly wrote directly contradict Christian anthropology and deny truth, and run “contrary to Christian and American values.”

Reilly is president and founder of The Cardinal Newman Society, “which promotes and defends faithful Catholic education” and is a homeschool teacher. His message to readers in the National Catholic Register: “timidity and false compromise will bring ruin to our culture and our freedom to live and teach the Catholic Faith.”

According to Reilly, the church leaders signed a document to support the First Amendment Defense Act and prevent what he called a potentially even worse development:

“The SOGI threat could worsen if politicians are persuaded by certain Christians who seem, astonishingly, willing to compromise in support of SOGI laws. It’s a serious tactical error to accept legal protections for ‘sexual orientation’ and ‘gender identity’ in exchange for tenuous exemptions for religious organizations.

That’s a bargain that gives up a bedrock principle—not only an article of faith, but a truth of human anthropology—in exchange exceptions that are unlikely to survive if our culture fully embraces what Pope Francis calls the modern ‘gender ideology.'”

Reilly also mentioned that the so-called threat to Catholics will be taken up by the U.S. Supreme Court this term as it reviews the case of Gavin Grimm, a transgender student in Virginia who has been fighting for the right to use school bathrooms matching his gender identity, claiming Title IX offers that protection, as mandated by the Obama administration. “That interpretation of Title IX,” Reilly wrote, “clearly contrary to the original intent of Congress to prevent discrimination against women.”