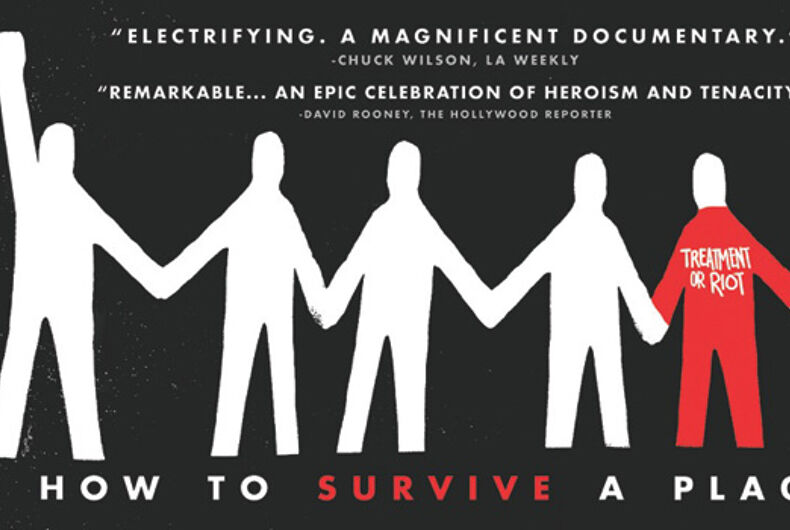 "How to Survive a Plague" movie poster.Photo: Fair use

Today is World AIDS Day, where we remember those lost, celebrate the advancements that have been made since the early days of the epidemic and look forward to even more progress in the future.

Three documentaries currently available on Netflix streaming explore the history of HIV/AIDS in America, with “How to Survive a Plague” and “We Were Here,” as well as one, “It’s Not Over,” which focuses on the current state of the crisis.

“How to Survive a Plague”

This 2012 documentary directed by David France, a journalist who covered the AIDS from the early days of the crisis, gives an incredible overview of the fight to turn the tide on an epidemic that was wiping out a generation of LGBTQ individuals while the government was slow to react. France dedicated the film to his partner Doug Gould, who died of AIDS related complications in 1992.

How to Survive a Plague won awards for best documentary of 2012 from the Gotham Independent Film Awards and from the Boston Society of Film Critics, as well as a GLAAD Media Award for Outstanding Documentary and a Peabody Award.

Filmmaker David Weissman’s 2011 film We Were Here tells the story of the HIV/AIDS crisis specifically in San Francisco. It centers around interviews with five people who were key figures during the early days of the outbreak of infections: Ed Wolf, a counselor; Paul Boneberg, an activist; Daniel Goldstein, an HIV+ artist who lost two partners to AIDS; Guy Clark, a dancer who ran a florist shop in Castro that supplied flowers for many funerals of those lost to complications from AIDS; and Eileen Glutzer, a nurse who helped administer trials of antiretroviral drugs.

Many had hoped that by now we would have reached the point of an AIDS free generation. That is sadly not the case, and in 2014 Andrew Jenks released the important documentary It’s Not Over, which explores the lives of three millennials who are living with, or whose lives have been directly affected by, HIV/AIDS. Viewers are taken to India, South Africa and America, offering a view of the situation in key spots across the globe.