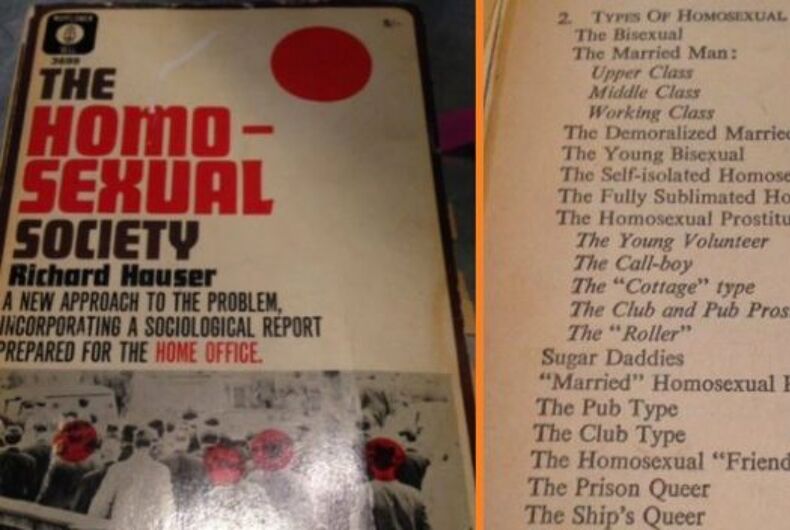 The pub type, the club type, promiscuous queers; the rebel, the call-boy — the ones who drink beers!

No, that’s not an excerpt from Dr. Seuss’ lesser-known Oh, The Gay Guys You’ll Know (but it should be) — these are just some of the “types of homosexuals” written about in this truly enlightening book from 1958.

But it’s not all fun and games in Richard Hauser’s The Homosexual Society: A new approach to the problem, including a sociological report prepared for the home office.

Aside from the camp factor of the categories listed above, the U.K. book also warns of the “abnormal” homosexual, the false transvestite and the “toucher,” among others. Homosexuality was criminalized in Britain until 1967.

While clearly written from a nasty place, we’ve gotta say — we know plenty of people who fall into some of the book’s categories.

The next page is a bit more directly insulting, though:

Here’s a taste of some of the descriptions:

As far as sociological breakdowns of gay people go, we much prefer this ’70s take on San Francisco subculture, Gay Semiotics. Woof.