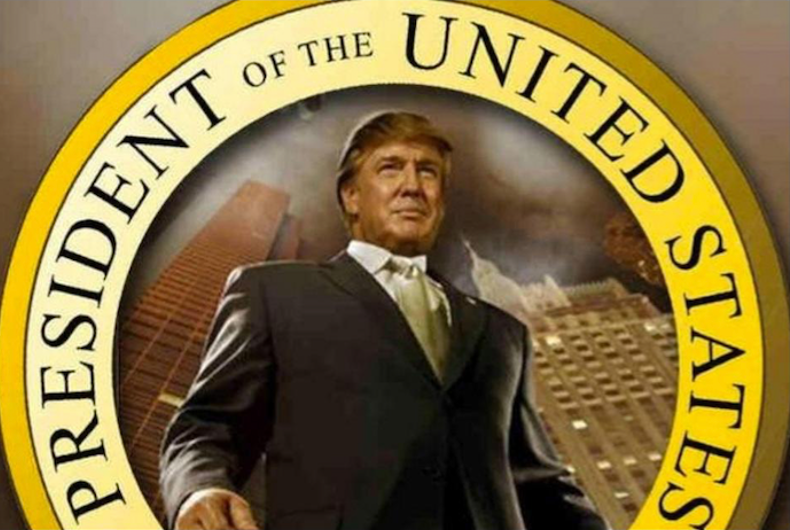 While president-elect Donald Trump has pledged to be a president for “all Americans,” his campaign sent a different message — one which is resonating with white supremacists across the nation.

A North Carolina chapter of the Ku Klux Klan is reportedly planning a parade to celebrate Trump’s win on December 3, The Independent reports. The website for the Pelham-based Loyal White Knights of the Ku Klux Klan does not indicate a time or location for the “Victory Klavalkade Klan Parade.”

“Trump’s race united my people,” the rant-filled site declares in all-caps. And it’s a sentiment shared by a number of other white supremacist leaders.

At the Southern Poverty Law Center, an organization that tracks hate groups in America, president Richard Cohen notes that in Trump’s extreme views about people on the margins, white supremacists see themselves.

“White supremacists who backed his candidacy are jumping for joy,” Cohen writes. “They think they now have their man in the White House.”

Among those celebrating are Andrew Anglin of the Daily Stormer, a website popular among neo-Nazis.

“Our Glorious Leader has ascended to God Emperor. Make no mistake about it: we did this. If it were not for us, it wouldn’t have been possible,” he wrote. “[T]he White race is back in the game. And if we’re playing, no one can beat us. The winning is not going to stop.”

And then there’s Kevin MacDonald, an anti-Semite who called Trump’s win a victory for white people.

“This is an amazing victory,” he wrote. “Fundamentally, it is a victory of White people over the oligarchic, hostile elites.”

The most well-known white supremacist in the nation, who endorsed Trump’s campaign, also attempted to take credit for getting him elected.

But, as Cohen points out, not all of Trump’s white supremacist supporters wear white robes or sport swastika tattoos. They include those in suits and ties, like Kansas Secretary of State Kris Kobach, who was responsible for a rash of discriminatory anti-immigrant laws, and Ken Blackwell, a senior fellow at the anti-LGBT Family Research Council.

And while politicians can’t necessarily control who supports them, Trump has reportedly brought Kobach and Blackwell onto his transition team.