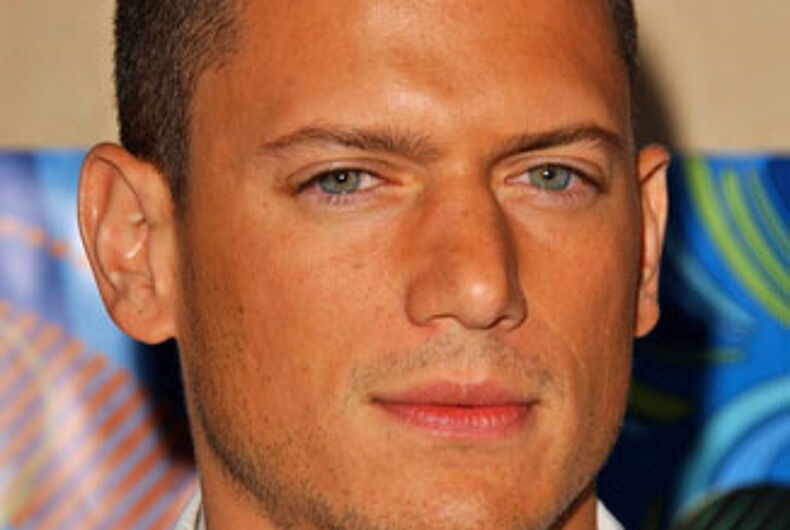 In two posts on Facebook, Wentworth Miller — the actor best known for his role on TV’s Prison Break — responded in the best way possible to a homophobic comment posted on an article he shared: he shared the comment and triggered a discussion of issues just as critical as the original topic.

Miller, who came out more than three years ago, last week shared an article he felt was of importance to his Facebook followers. It was written by Erika L. Sánchez and posted by Alternet, and then was cross-posted by Everyday Feminism:

In one of the comments, a Facebook user named Shahin J Gotti called Miller “a real man on camera but a little bitch in real life, way to go Michael,” referring to his TV character.

“Their sentiments have zero nutritional value and, in my opinion, reflect an antiquated belief system that is not only harmful, but on its way out.”

“That said, the attitude expressed does open the door to some interesting topics. Like gender performance, gender policing, shaming, sexuality, projection, toxic masculinity, and the lowering of public discourse.”

Miller, who has not been shy in sharing his own struggle with body image and with depression, saw an opportunity for a teaching moment. Even while thanking Gotti “for providing this valuable springboard,” the effect was a virtual public shaming:

All this went down Thursday. And that evening, Miller turned back to Facebook to address all the advice from followers telling him, “It’s only words.” “Sticks and stones,” and the like. The actor was gracious, but determined to make his point. “I recognize, and appreciate, that this is coming from a positive, supportive, protective place,” Miller wrote. “If only it was true.”

“Words matter. Labels matter. The way in which we speak to and about each other matters.”

All this went down Thursday of last week. Wentworth’s followers responded with thoughtful messages and personal reflections, such as Hannah Alsop of England:

And Jim Wallman of Texas shared his own anguish with those who use words to wound: