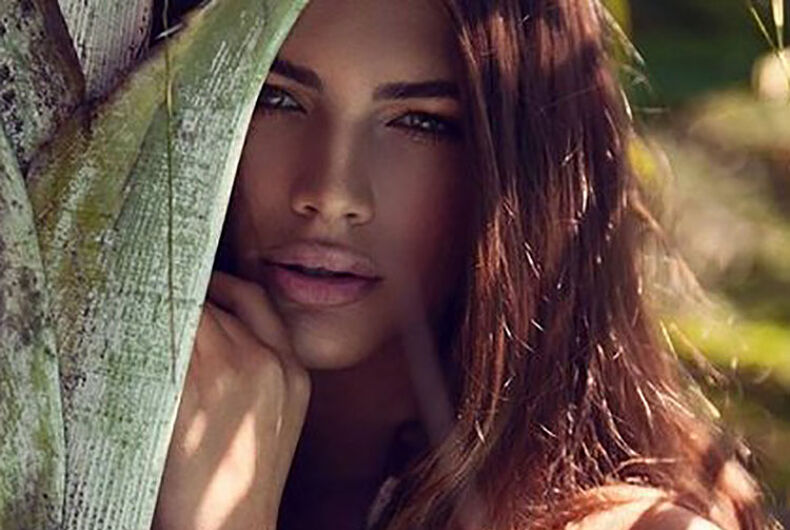 Stunning, smouldering, sensational — all words used to capture the essence of the woman gracing the cover of the November issue of Elle magazine in Brazil. Her name is Valentina Sampaio, a Brazilian native, and this is her first cover. She’s 19, and she is transgender.

Sampaio isn’t the first trans fashion model to grace Elle Brazil’s cover; that honor goes to her compatriot Lea T, who covered Elle Brazil in 2011. When the Olympics came to Rio this year, Lea T became the first openly transgender person to host an Olympic Games ceremony. Yahoo! Style reports she passed the proverbial torch to Sampaio with an Instagram post of the breathtaking cover photo.

Sampaio is featured wearing a blue bathing suit and a Burberry coat in the shot. She came out this past March in a video for International Women’s Day, produced by L’Oreal Paris, as NewNowNext reported.

Speaking in her native tongue, Sampaio says in the video, “Beauty is something that transcends the body—it comes from the soul.”

“It’s great when you accept yourself, when you know what you’re worth.”