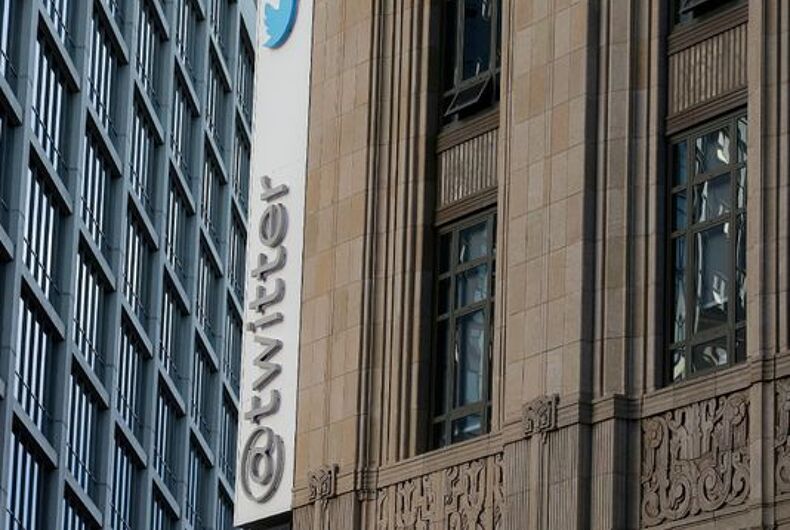 Twitter has finally had enough of the alt-right white nationalist hate speech landing on its platform and has suspended a number of the most egregious accounts.

The company announced on Tuesday that they would be taking a harder stance on bullying and hate speech, recognizing that it had become a problem on the service.

“The amount of abuse, bullying, and harassment we’ve seen across the Internet has risen sharply over the past few years,” the company wrote in a statement. “These behaviors inhibit people from participating on Twitter, or anywhere. Abusive conduct removes the chance to see and share all perspectives around an issue, which we believe is critical to moving us all forward. In the worst cases, this type of conduct threatens human dignity, which we should all stand together to protect.”

They pledged to stand by their terms of service.

“The Twitter Rules prohibit targeted abuse and harassment, and we will suspend accounts that violate this policy,” they said.

They have not addressed individual accounts that they have suspended, but they include Richard Spencer, Paul Town, Pax Dickinson, Ricky Vaughn, and John Rivers, USA Today reports.

“Obviously, well-known white supremacists violate these terms of service and we are glad it appears that Twitter has chosen to step up on these issues,” said Heidi Beirich, spokesperson for the Southern Poverty Law Center.

Beirich reports that they asked the company to remove more than 100 accounts of white supremacists who violated Twitter’s terms of service.

“I am alive physically but digitally speaking there has been execution squads across the alt right,” he said. “There is a great purge going on and they are purging people based on their views.”

“Twitter is trying to airbrush the alt-right out of existence. They’re clearly afraid. They will fail!” he told The Daily Caller.

This isn’t the first time Twitter has banned one of the leading figures of the alt-right movement, although it is the first time they have done so en masse.

In July of this year they permanently banned Breitbart editor Milo Yiannopoulos for his role in the bullying of actress Leslie Jones.

“The fact is that I, and a number of other people who have just got banned, weren’t even trolling,” Spencer said. “I was using Twitter just like I always use Twitter, to give people some updates and maybe to comment on a news story here and there.”

Our president-elect has used Twitter to bully people on numerous occasions. No word on whether or not Twitter will suspend his account. Maybe if they don’t act we can hope that Melania will.

America’s Dad Tom Hanks wants you to know: ‘We are going to be all right’