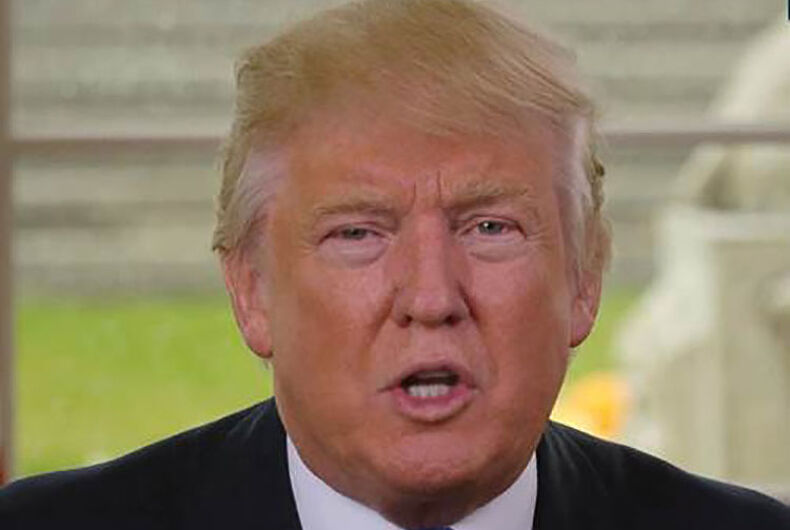 President-elect Donald Trump is spending Thanksgiving at his Palm Beach, Fla., resort, Mar-a-Lago, and late Wednesday evening tweeted a video message, calling on Americans to join him and “move forward as one country.”

He did not once mention or allude to LGBTQ Americans, but neither did he exclude them in his address to the nation.

The victorious Republican billionaire acknowledged the division still lingering from the bitter election campaign, which so far shows him trailing his Democratic opponent Hillary Clinton by more than 2-million ballots in the popular vote. But since all that counts is the electoral college, which put him over the top early on November 9th, he is the president-elect.

And in his message he offered what he said was his prayer:

“It’s my prayer that on this Thanksgiving we begin to heal our divisions and move forward as one country strengthened by shared purpose and very, very common resolve.”

As NBC News pointed out, Trump got his message out via Twitter but once again avoided the national press and has not held a single news conference since his election, something no other modern-day president has attempted.

Click below to watch Trump’s message to the nation:

Let us give thanks for all that we have, and let us boldly face the exciting new frontiers that lie ahead. Happy Thanksgiving. pic.twitter.com/yH6LYdS2ts

Philadelphia man targeted by exploding package is one of us