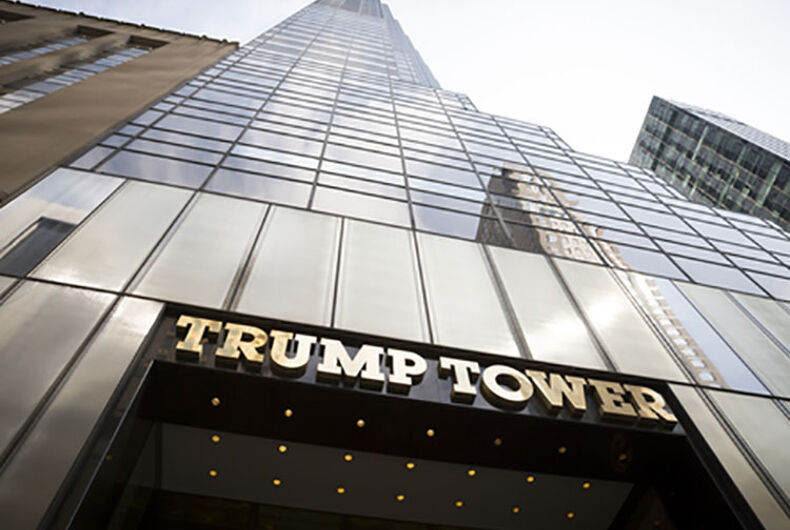 Hidden from the public in his Manhattan high-rise, Donald Trump huddled Tuesday with Vice President-elect Mike Pence as he tried to fill out key posts in his Cabinet. But the transition team appeared to be straining under the enormous challenge of setting up a new administration.

The president-elect himself denied reports of trouble, on Twitter, of course. He defended what he called his “very organized” selection process but then surprisingly compared it to a beauty pageant:

Very organized process taking place as I decide on Cabinet and many other positions. I am the only one who knows who the finalists are!

And he took a potshot at The New York Times for its reporting on what it called the “disarray.”

Trump is now considering Senator Ted Cruz to be his Attorney General, reported The New Civil Rights Movement. The U.S. senator from Texas and Tea Party champion met with Trump in Trump Tower Tuesday, but refused to offer any details.

Trump is considering Richard Grenell as U.S. ambassador to the United Nations, which would bring some experience and diversity to his nascent administration. Grenell, who served as U.S. spokesman at the U.N. under President George W. Bush, would be the first openly gay person to fill a Cabinet-level foreign policy post.

Trump himself broke with protocol Tuesday night by leaving Trump Tower without his press contingent. The transition team had told reporters and photographers there would be no movement by the president-elect for the rest of the day and night, but less than two hours later a presidential-style motorcade rolled out of the building, suggesting that Trump was on the move and leaving reporters scrambling.

Dinning with family at Club 21 in Manhattan, the whole restaurant gave #TRUMP a standing ovation! Press told to stand outside by a dumpster. pic.twitter.com/w8rDvJpdYf

With no public statements from Trump on the transition itself, his allies engaged in an unusual round of public speculation about his potential appointments — including their own futures — as the president-elect and his aides weighed the nation’s top national security posts.

Although he was reportedly on the short list to be attorney general, former New York Mayor Rudy Giuliani seemed to be angling for secretary of state. But Trump’s transition team was reviewing Giuliani’s paid consulting work for foreign governments, which could delay a nomination or bump Giuliani to a different position, according to a person briefed on the matter but not authorized to speak publicly about it.

Giuliani founded his own firm, Giuliani Partners, in 2001, and helped businesses on behalf of foreign governments, including Qatar, Saudi Arabia and Venezuela. He also advised TransCanada, which sought to build the controversial Keystone XL pipeline, and helped the maker of the painkiller drug OxyContin settle a dispute with the Drug Enforcement Administration.

A Trump official said John Bolton, a former U.S. ambassador to the United Nations, remained in contention for secretary of state. Bolton has years of foreign policy experience, but he has raised eyebrows with some of his hawkish stances, including a 2015 New York Times op-ed in which he advocated bombing Iran to halt the country’s nuclear program.

Businessman Carl Icahn disclosed on Twitter, based on conversations with the president-elect, that Trump was considering Steve Mnuchin, a former Goldman Sachs banker, and Wilbur Ross, a billionaire investor, to lead the Treasury and Commerce departments.

1/2 Spoke to @realDonaldTrump. Steve Mnuchin and Wilbur Ross are being considered for Treasury and Commerce. Both would be great choices.

2/2 Both are good friends of mine but, more importantly, they are two of the smartest people I know.