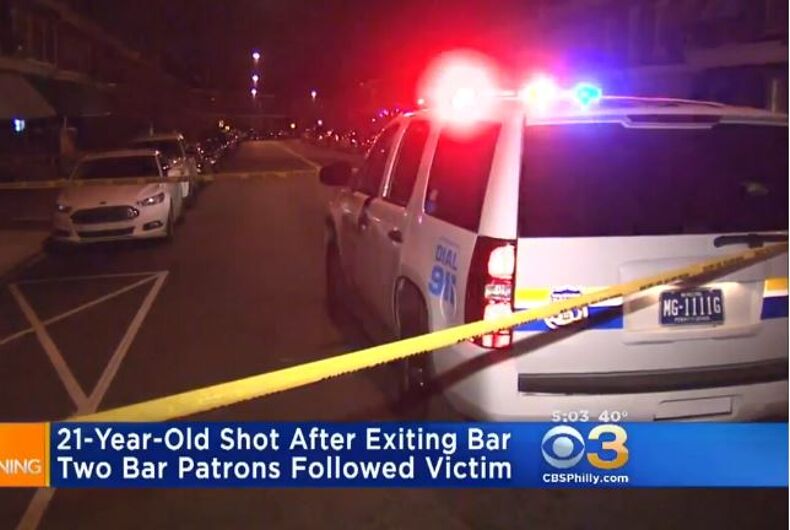 A transgender man was followed out of a bar in Philadelphia by two men before being shot in the hip. At least five shots were fired at the 21-year old victim, police say.

The shooting occurred on Sunday night on Malvern Avenue, after leaving the bar at 66th Street and Lansdown Avenue, about two blocks away.

Police say they do not know the motive for the attack and are investigating. They are looking for two men caught on security camera footage.

Watch a report from the local CBS affiliate in the video below.