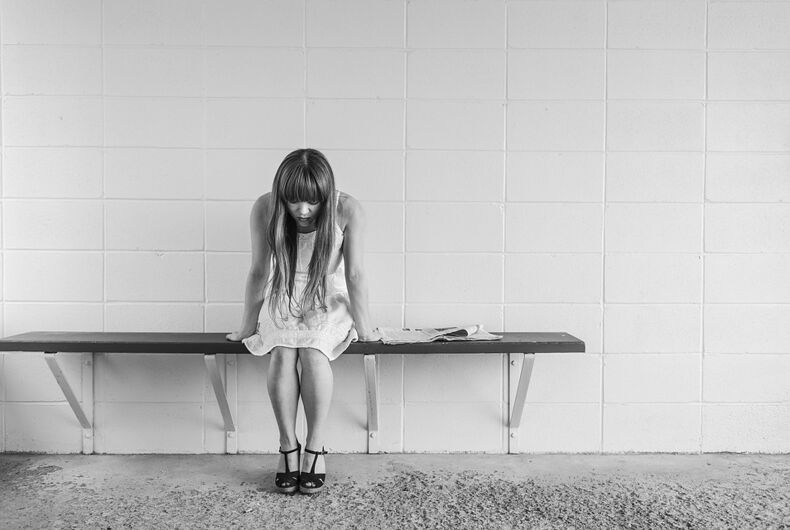 A Republican lawmaker in Texas has objected to school policies allowing transgender students to have their needs addressed without informing their parents of their gender identity if the student does not wish for them to know, and has now introduced a bill critics say could require teachers to out LGBTQ students or face consequences.

State Rep. Konni Burton filed Senate Bill 242 this month and has said that it merely adds to existing state law, which already requires schools to share information with parents regarding their children in the areas of academics, behavior, and health.

Senate Bill 242 would allow parents, upon request, to receive any and all information about a student’s “attendance records, test scores, grades, disciplinary records, counseling records, psychological records, applications for admissions, health and immunization information, teacher and school counselor evaluations, reports of behavioral patterns, and other records relating to the child ’s general physical, psychological, or emotional well-being and information regarding the school activities of the parent ’s child and disclosure of any general knowledge regarding the parent ’s child possessed by an employee of a school district.” The one exception would be in cases of child abuse.

Elliott Griffin, Burton’s chief of staff, told the Houston Chronicle the bill was “written in response to the Fort Worth school district issuing new guidelines about transgender students,” which allowed transgender students issues, such as bathroom and locker room use, to be dealt with on a case-by-case basis without notifying parents of their gender identities without considering the student’s wishes.

Burton wrote an op-ed in May condemning the policy.

“Parents, not schools, are the primary decision-makers for their children,” she wrote. “Our schools are a place of learning; they are not replacements for the support and love of the family.”

LGBTQ rights advocates have come out against the bill, arguing that it could lead to teachers being forced to out students in spite of whatever situation they may face at home.

“We feel it to be very harmful to students. If they have not come out at home, there is a reason for that,” Sondra Howe, a co-president of the Dallas chapter of the LGBT rights advocacy group PFLAG told The Daily Beast.

“If your kid is gay, and can tell his teacher, but hasn’t told you, then you are the problem,” agreed Steven M. Rudner, Equality Texas board chairman in a statement. “If a kid can tell a teacher but not their parent, it is a pretty good indication that your child is scared of you and the consequences of telling you, and you are who the kid needs to be protected from.”

“Unfortunately there is a great deal of misinformation being spread about this proposed bill so it’s important to understand what is already existing state law,” Senator Burton’s office said in a statement to the Independent Journal Review. “Many people have expressed dismay about a parent’s right to know anything or that teachers may face discipline for undermining a parent’s right to know, however, these provisions are already the law in Texas.”

“The bill does, however, strengthen the existing expectation that when a parent contacts a school and inquires about their child, they will receive accurate information and not be punished by local policies that while well-intended, do more harm than good,” they added.

The publication also spoke directly to Burton, who spoke out against negative articles on the bill.

“These reports were full of highly charged buzz-words that have nothing to do with my proposal and serve only to create a false narrative meant to scare or anger individuals,” she said. “The most elementary review of the existing state laws and my proposed bill would reveal that many of the provisions being reported as ‘dangerous’ are in fact already the law in Texas and have been for decades.

“It is clear that the intention of these bloggers was not to report on the facts, but instead to create divisive content for the purpose of inflaming an audience, thus keeping their site relevant. While it may gratify these individuals greatly to cause trouble for those they wrongly assume are political adversaries, rest assured that I am unmoved by their tactics; however, I deeply empathize with the average person out there who has been made to feel threatened unnecessarily.”

So-called “reparative therapy,” also known as conversion therapy, is in both the Texas GOP state platform as well as the national Republican Party platform, arguing that gay people can be fixed and be made straight. With that in mind, as well as incidents of anti-LGBTQ intimidation and harassment believed to be on the rise after the election and calls to LGBTQ crisis hotlines and signups for self-defense classes on the rise, the ability to maintain a certain amount of privacy, even from one’s family, is particularly relevant.

According to a 2012 study conducted by The Palette Fund, True Colors Fund and the Williams Institute, about 40 percent of homeless youth are LGBTQ.

Families might offer “not only poor emotional support, but also actual abuse,” Eric Yarbrough, president of the Association of LGBTQ Psychiatrists, told The Daily Beast. “Both emotional and physical abuse. Family support is one of the major factors that contributes to LGBT kids developing safely.”

“They can develop serious mental health issues including depression and suicidal thoughts. It can be life or death,” he said.

Sorry, Internet: Viral photo of Mike Pence as gay adult film star is not him