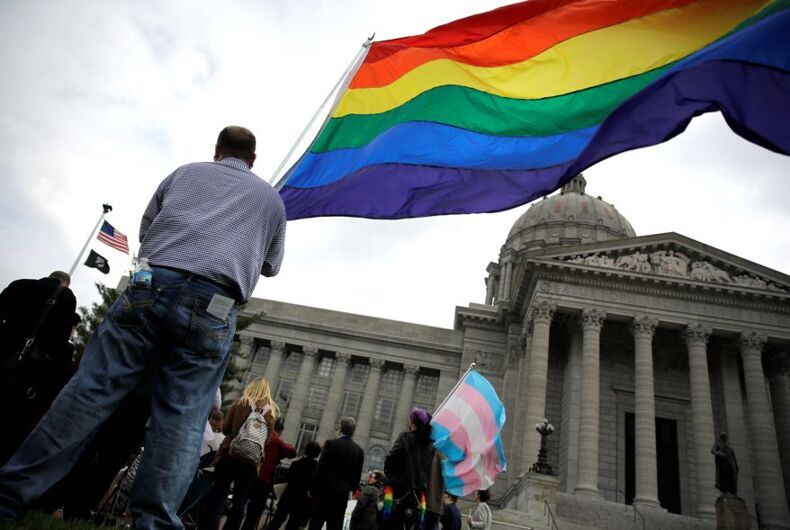 Three couples have asked an appeals court to revive their challenge to a North Carolina law allowing magistrates with religious objections to refuse to perform same-sex marriages.

The appeal filed Monday with the Fourth Circuit Court of Appeals in Richmond says a federal district court erred by dismissing their challenge in September. The lower court ruled at the time that the two gay couples and an interracial couple lacked standing to sue over the law that took effect in 2015.

The couples argue that they have standing as taxpayers to challenge a law that requires spending of public money to accommodate magistrates’ religious views. They say the law authorizes a magistrate to travel between jurisdictions to perform marriages — at taxpayer expense — if counterparts in another area all recuse themselves.

“It is the spending of tax dollars to elevate religion above the constitution, solely authorized by and occurring because of a legislative act, that gives Plaintiffs-Appellants standing to challenge” the law as unconstitutional, the lawsuit states.

Two of the plaintiffs are from McDowell County, where all magistrates recused themselves from performing marriages after the law was enacted.

Statewide, only a fraction of North Carolina’s magistrates have filed recusal notices. The notices prevent them from officiating at all marriages — gay and heterosexual — for at least six months.

The law also allows some court clerks to decline to issue marriage licenses because of “any sincerely held religious objection.”

When the law was enacted in June 2015, only Utah had a similar religious-recusal law.

North Carolina’s Republican Gov. Pat McCrory vetoed the measure before the General Assembly voted to override him. The governor said he believes marriage is between a man and a woman, but government employees who take an oath to do a job shouldn’t be allowed to break those oaths

Backers of the law have said it protects the religious freedoms of government employees, who should be accommodated if marrying same-sex couples runs counter to their beliefs.