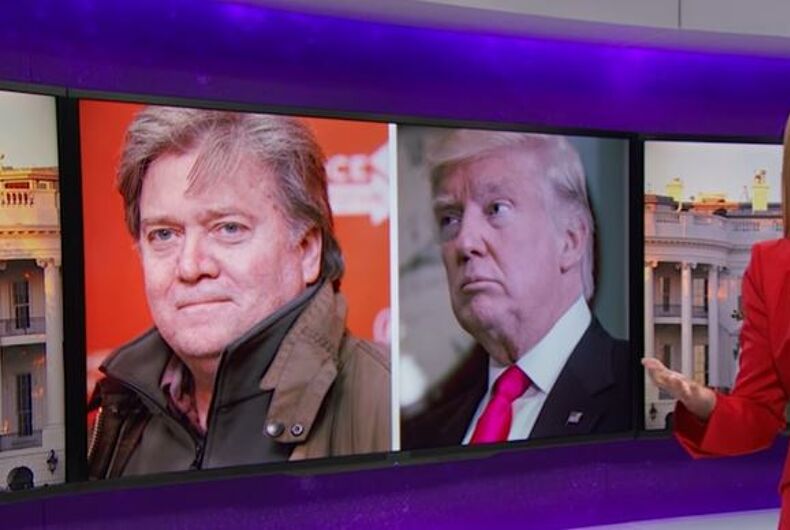 Progressives, you can stop shaming your more politically astute friends for their fears and anxiety over what a Donald Trump administration might look like now that his cabinet comes into view.

While full on panic mode won’t help anyone, and while it is important to stay calm and focus for the organizing that will be needed going forward, the idea that nothing of substance will really change under a President Trump is a pipe dream.

He is proving that all too clearly with his appointments, including antigay Family Research Council senior fellow Ken Blackwell, alt-right godfather Stephen Bannon, who previously ran Breitbart as well as acted as CEO of Trump’s campaign, and a climate change denier, Myron Ebell, to head up the Environment Protection Agency transition.

This morning in America comes with one hell of a hangover.

So you were saying? About how we have to give him a chance and everything will be fine?

Let Samantha Bee lay out the argument against false calm in the videos below, just in case you’re still donning those rose-colored glasses.

2016 is the deadliest year on record for transgender Americans