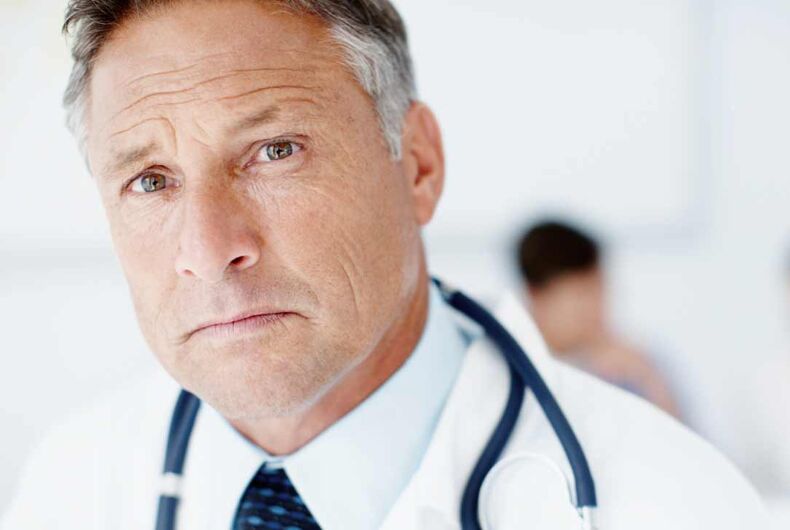 Everyone who voted for Donald Trump — and even those who didn’t — know one thing the Republican president-elect promised on the campaign trail was to revoke and replace ObamaCare within his first 100 days.

In fact, he repeatedly vowed to start dismantling President Obama’s signature accomplishment on day one of his administration, and put it in writing on his website.

That site, however, is a little sparse when it comes to what Trump plans to do to replace ObamaCare, which currently provides health insurance to 20 million Americans.

The plan, according to the site is to “completely repeal ObamaCare,” and promises “No person should be required to buy insurance unless he or she wants to.”

Trump also promises to change federal law that restricts insurance companies from selling their wares across state lines: “By allowing full competition in this market, insurance costs will go down and consumer satisfaction will go up.”

Insurance premiums will be tax deductible and Trump also vows “we must also make sure that no one slips through the cracks simply because they cannot afford insurance.”

Another plank of the plan is to “allow individuals to use Health Savings Accounts (HSAs),” and that the money in those plans would be both tax-free and could be passed on to survivors after death.

But nowhere does it specify how this overhaul will be funded nor does it mention preexisting conditions, a situation President Obama said up to half of all Americans find themselves in.

Ian Millhiser, writing in ThinkProgress, says Trump’s plan for those folks is to set them apart:

“Trump plans to eliminate this framework and replace it with “high-risk pools,” essentially, a special insurance program for people with expensive preexisting conditions. In theory, high-risk pools can work to provide health coverage with such conditions, but they are an inefficient way to do so. And they have reliably failed when attempted by states.”

Millhiser also explained why insurance companies — and by extension, Republicans — are so worried about preexisting conditions:

“Covering people with such conditions is expensive. A health insurance plan is a pool of money. Consumers contribute to that pool when they pay their premiums, and they take money out of that pool when they become sick or otherwise seek treatment. That means that, if someone tries to join the pool who has a preexisting condition, the insurer will try to keep them out because it will cost more to insure them than they will pay in.”

But the real solution — providing enough federal money to cover all Americans with a preexisting condition — is not something the Trump administration is likely to fund, given past denouncements of ObamaCare as socialism.

And the absence of any known threat to workplace-provided health insurance suggests that except for those Americans who have a job waiting for them with adequate coverage for their preexisting conditions, most of us who do have health insurance provided by our employers will find ourselves in a situation called “joblock,” where you are basically stuck at a job and don’t dare leave for fear the medical coverage you count on now will vanish when you leave.