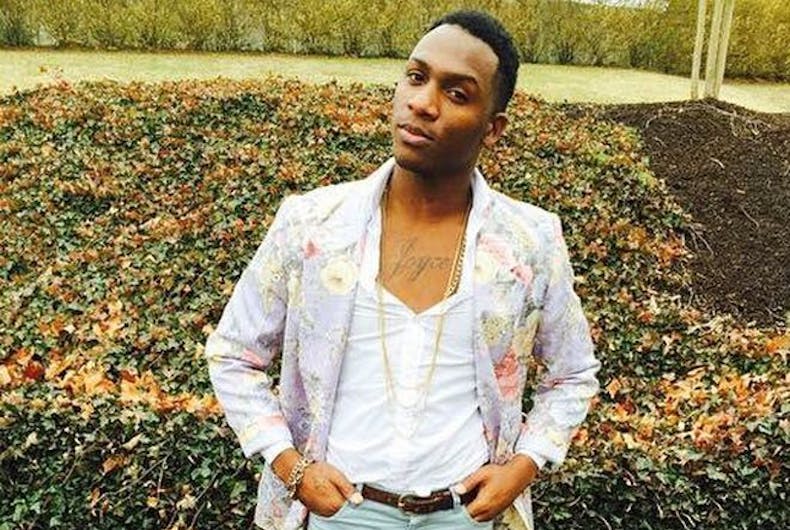 Relatives and friends of 24-year-old cosmetologist Deon L. Brown of Nashville, Tenn., are vowing to keep pressure on police to find the out gay man’s killer.

Brown’s lifeless body was found in a parking lot in West Nashville early Monday. Police say he had been stabbed multiple times.

“The way that he was murdered would make me think that it was a hate crime,” said friend Charity Everett.

“It makes me feel that you had nothing but hate in order to take the life in the manner that you did,” she told the station.

“This wasn’t an accident,” the victim’s aunt said. “He took him, and it’s just a sad situation that my sister’s going through right now.”

According to WTVF, Brown was dressed in feminine attire but friends and family said he did not identify as transgender.

Watch a report from WTVF, below: