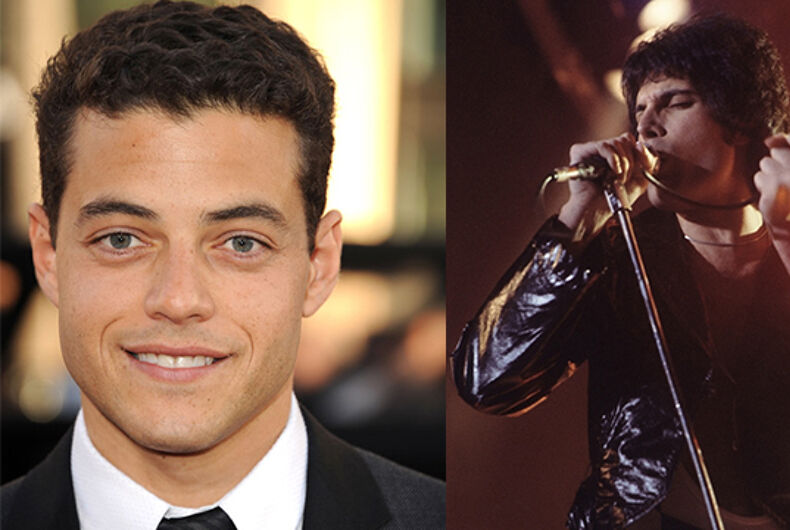 The long anticipated and stalled Queen film is back on track, with X-Men director Bryan Singer announcing that he would direct Bohemian Rhapsody, with Rami Malek playing Freddie Mercury.

Singer announced that Malek, who recently won an Emmy for his role in USA’s “Mr. Robot,” would star in the film via Instagram.

Malek’s press representative Simon Halls confirmed that he is in final discussions to play the part, reports USA Today.

Sacha Baron Cohen had been attached to play Mercury, but left the project, saying the surviving members of Queen were not interested in his desire to do a “warts and all” depiction of the singer’s life, including the “debauchery.”

The script comes from Anthony McCarten, the author of the Stephen Hawking biopic The Theory of Everything. Queen guitarist Brian May and drummer Roger Taylor will serve as music producers, with a plan to shoot early next year, reports Deadline.