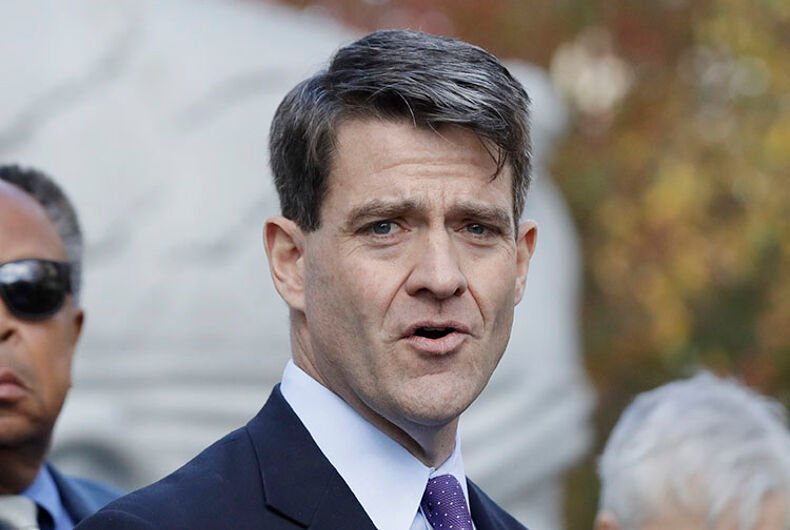 A jury in New Jersey convicted two cronies of Gov. Chris Christie for their roles in the infamous “Bridgegate” saga that prosecutors said was political retaliation against a mayor who dared defy the governor.

Bill Baroni and Bridget Anne Kelly were convicted after five days of deliberations capping nearly seven weeks of trial, reported the Star-Ledger. Kelly and Baroni insisted they were duped into believing the lane closures were part of a legitimate traffic study.

Prosecutors argued that they helped orchestrate massive traffic tie-ups at the George Washington Bridge connecting New Jersey to New York in September 2013, by closing local-access lanes to create traffic jams in Fort Lee, N.J. The motive was punishment and revenge for the refusal of Fort Lee’s Democratic mayor, Mark Sokolich, to endorse Christie in his re-election bid.

The jury found them guilty on all counts, including conspiracy to misuse Port Authority Resources and infringing on citizen’s civil rights.

Baroni and Kelly face a maximum of 20 years in prison, but are likely to serve far less under federal sentencing guidelines.

“I am innocent of these charges,” Baroni told reporters outside the courthouse.

He also thanked his family and “friends in the gay community.” In 2010, Baroni was the sole Republican lawmaker to support marriage equality when the bill came up. But the measure failed to pass the full state senate and died.

His lawyer said they intend to appeal the verdict.

Sentencing is set for February 21. Baroni remains free on $150,000 bond and although he surrendered his passport, the judge did allow him to travel to Ireland for eight days in 2015 to work with the government in Dublin on its marriage equality amendment to its constitution.

David Wildstein, a former Port Authority official who has pleaded guilty to conspiracy charges for his role in the closures and served as the government’s star witness, is scheduled to be sentenced on Jan. 12.

Gov. Christie, who is head of the transition team for GOP presidential nominee Donald Trump, has consistently denied knowing about the lane closures in advance or while they were ongoing, and had no role in authorizing them, despite multiple instances in which the defense and prosecutors provided testimony and evidence to the contrary.

“No believable evidence was presented to contradict that fact,” Mr. Christie said. “Anything said to the contrary over the past six weeks in court is simply untrue.”