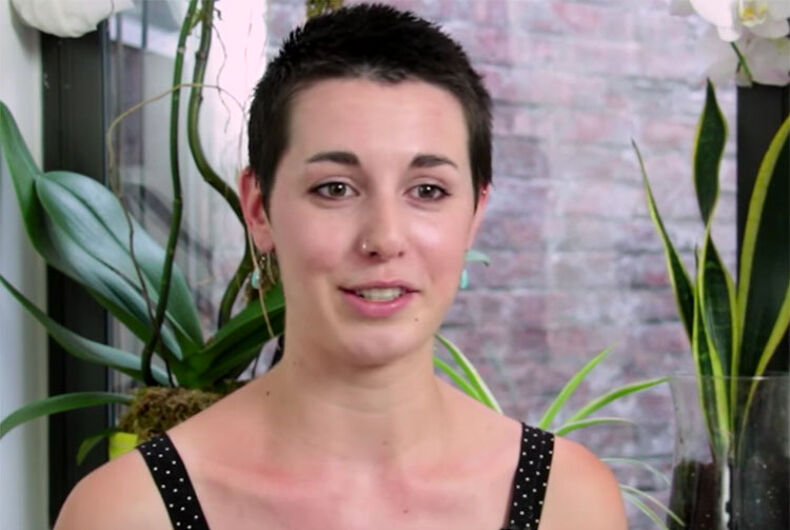 Anyone familiar with the Adam Sandler Drew Barrymore comedy, 50 First Dates, will cringe at the real-life dilemma of Megan Gail Yeo of Connecticut. And even if you haven’t seen the film about a man who falls in love with a woman who only has short-term memory and cannot remember events beyond a few minutes. But there is a happy ending of sorts to Yeo’s tale of coming out to her grandmother, over and over again.

Yeo’s grandmother has Alzheimer’s Disease, and she  told her story in a moving interview with the LGBTQ archive, “I’m From Driftwood.” Yeo said one day she introduced her grandma to her girlfriend, as Gay Star News reports.

“She was so thrilled. She’s like, “You are finding yourself in the most deep way. You are just figuring out who you are, who your identity is, and that’s just beautiful to see,” Yeo said.

‘But then her grandmother, for whom she is named, started showing signs the disease was ravaging her memory, repeatedly asking Yeo if she was dating any boys.

The one bright side of the dark cloud is that each and every time, Yeo’s grandmother shows acceptance.

Watch Yeo tell their story in the video below.

“The Scottsboro Boys” plays with minstrelsy to deliver dignity and justice