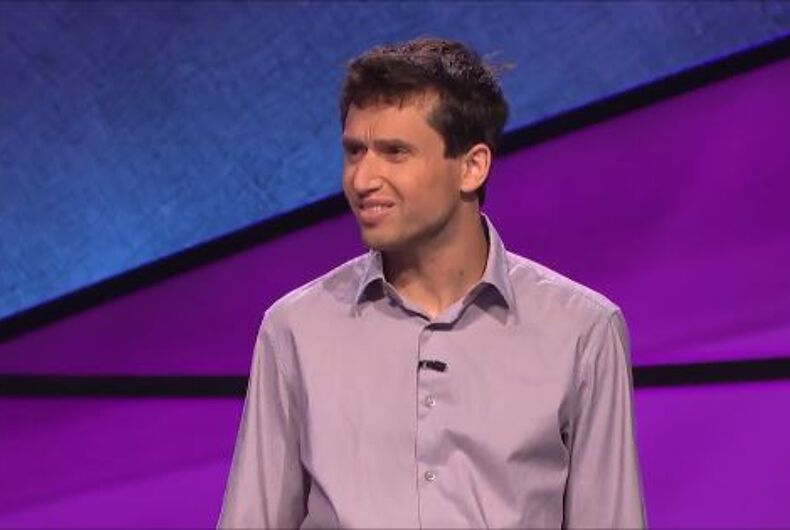 A “Jeopardy!” contestant hit the “Daily Double” Tuesday night in a category named “Leaning Conservative” and found himself thoroughly stumped by a mention of the largest LGBTQ rights advocacy group within the Republican Party.

Conservative writer and commentator S.E. Cupp appeared onscreen with the answer, which is how the game is played; contestants are then challenged to provide the question.

“Although I’m politically conservative, I support same-sex marriage as part of a group of Republicans dating back from 1977 and named for this structure,” Cupp said.

In the video below, watch Dan take a stab at it, ultimately providing the wrong question, while giving host Alex Trebek a ‘That’s a thing?’ look.

WATCH: Log Cabin Republicans was a clue on @Jeopardy tonight from our longtime ally @secupp — thank you to all our fans! pic.twitter.com/KN4DIK5tXY

Sorry, Dan, the Big House Republicans work on prison reform from inside the GOP.

Okay, so that’s not really a thing. Although maybe it should be.

The Log Cabin Republicans made headlines during the 2016 presidential campaign for refusing to endorse Donald Trump due to the fact that he had surrounded himself with anti-LGBTQ advisers, a practice he has continued as president-elect.

Defense bill stripped of provision that would have allowed discrimination

Democrats double down and stick with Pelosi as House leader