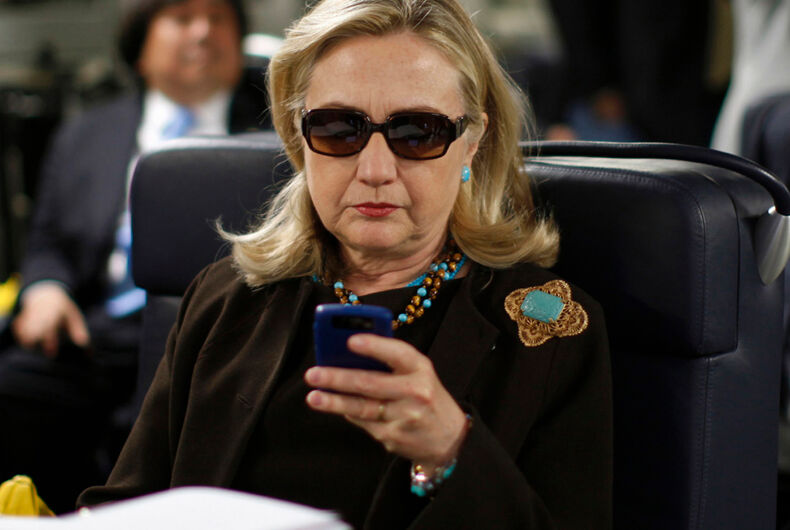 Hillary Clinton has unveiled a new plan to put a stop to bullying, which has been an issue in the 2016 presidential campaign due to her opponent Donald Trump’s penchant for insulting people. The plan, called “Better Than Bullying,” would make $500 million in federal funding available to help states develop or strengthen anti-bullying initiatives and laws, watching four federal dollars to every one that the state spends.

“We know that bullying is a real problem in our classrooms, our playgrounds, and online,” Clinton said in a speech in North Carolina last week. “We’re going to launch a major new effort to help states and communities and schools and families end bullying wherever it takes place, and we will work together to make the internet a safer space for kids.”

“We strive to celebrate diversity and work together to overcome our disagreements. We promise that no matter who you are, where you come from, how you pray, or who you love—you have a place in America,” reads a fact sheet posted on Clinton’s website.

“But we still have work to do to make that promise real for our kids. Children with disabilities are mocked for their perceived differences,” it continues. “LGBT and Muslim students are targeted because of who they are or how they pray. Latino and immigrant children turn on the television and are told they don’t belong. When bias influences our children and manifests itself in the form of bullying, we have to act. We must make our classrooms and playgrounds inclusive spaces to learn and ensure the Internet is a safer place to explore new ideas. We must teach our kids the value of kindness and provide them the social and emotional skills they need to develop healthy relationships. And we must address bullying for what it is: an urgent crisis that contributes to poor academic performance, increased incidence of depression, and in some extreme cases, suicide.”

Trump does not have an anti-bullying plan as part of his campaign platform. His wife, Melania Trump, however has said that as First Lady she would take on cyber-bullying, saying it harms both children and adults. She said this Thursday, while her husband was photographed watching her speech from his jet. Trump’s attacks of comedian, actor and TV host Rosie O’Donnell have caused the actress to suffer bouts of depression, Melania seemed perfectly unaware of any irony.

“Our culture has gotten too mean, too rough, especially to children and teenagers,” she said.

Prior to her speech, interviewer George Stephanopoulos asked the Trumps as they sat side by side, if she gave advice to him on the subject and she said that she does. He then asked Trump about his own use of Twitter to go after people and the candidate brushed it off, saying he likes to use it as a tool to attack those who attack him first.

Anderson Cooper questioned Trump campaign manager Kellyanne Conway about the hypocrisy. Conway claimed it was unfair to “cherry pick” his tweets for insults.

Watch the uncomfortable exchange below.

A lesbian comes out to her grandmother, ’50 First Dates’ style: over and over