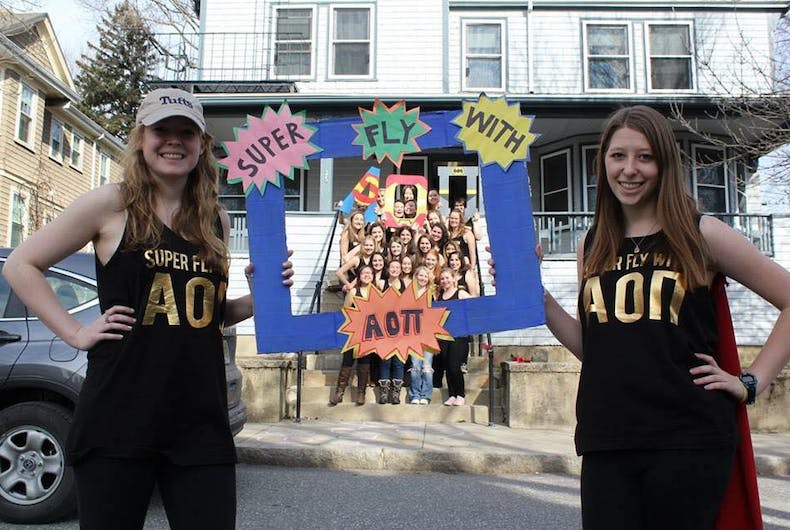 Half the membership of the Delta chapter of Alpha Omicron Pi — about 46 members — resigned from the sorority at Tufts University in Massachusetts in protest of their national organization’s opposition to a transgender recruit, New England Cable News reports.

They eventually decided not to object to a transgender recruit, but by then the damage was done.

“The reality is they threatened to sue us,” she said. “They had to question whether or not they wanted to allow a transgender woman.”

Alpha Omicron Pi Headquarters released a statement disputing the claims, writing, “at no point has the chapter threatened disciplinary action and there is absolutely no scenario where these young women will be sued.”

“We’re hoping to move on from this event and that we will come with a very well-researched and organized policy in the future,” they added.

The transgender student wrote an op-ed for the school newspaper thanking her sorority sisters for standing up for her.

“We are friends, we are allies, we are sisters,” she wrote.

Tufts University does not set policy for fraternities and sororities but a spokesperson says the school is in favor of allowing transgender students to be a part of the Greek system.

We have issued a public statement in response to the recent events in our chapter:https://t.co/6ucsyWSNS6

Children share their fears about Trump and a ‘culture of violence’