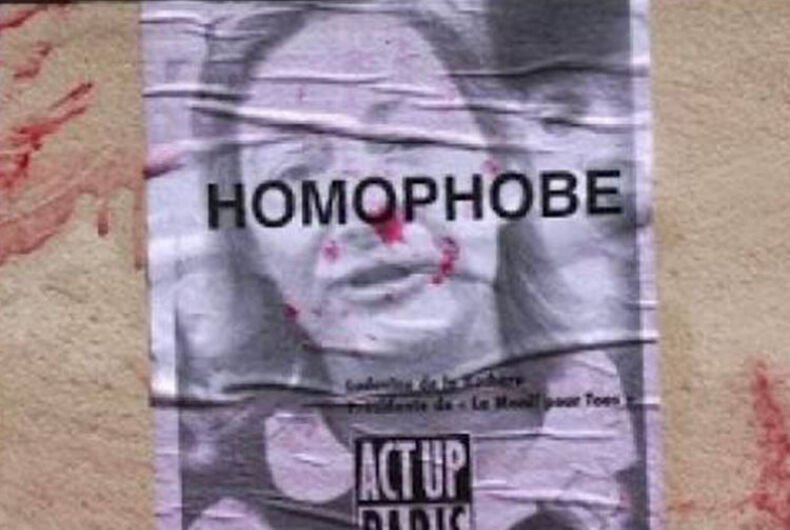 A court of appeals in France ruled the AIDS Coalition to Unleash Power, or ACT UP, insulted an anti-LGBTQ group in 2013 by plastering posters of a controversial leader all over Paris. The posters featured a photograph of Ludovine La Rochère and the word “homophobe” on it.

The court ruled the former president of the Paris branch of ACTUP, Laure Pora must pay a fine of $889 to La Manif pour tous, plus court courts exceeding $1,660.

The anti-LGBTQ group is supported by a pro-life group Jerome Lejeune Foundation, which also employs La Rochère, according to Gay Star News. Activists threw condoms filled with fake blood against the wall and put up posters in a protest against the foundation and La Manif pour tous. The posters also featured the group’s logo.

The ruling breaks precedent, GSN reports, in that a lower court tossed out the complaint, calling it “inappropriate for a procedural problem,” and the fact that a former senator was cleared in a similar lawsuit two years ago, for calling La Manif pour tous “the worst kind of homophobia.”