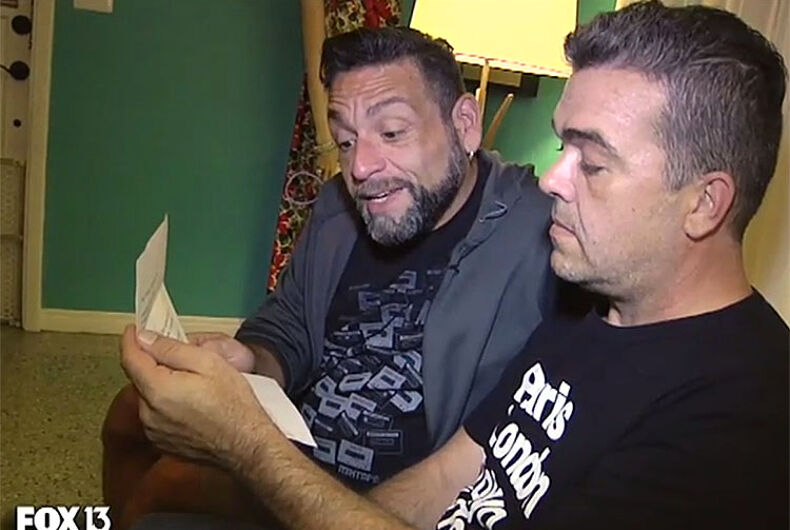 A gay couple in St. Petersburg, Fla. called police when an anonymous letter arrived in the mail addressed to “Resident Dolts.”

The first line said, “Hey, Dumbass – the election is over.”

The writer, apparently a homophobic neighbor who voted for Donald Trump, chews them out for having a Pride flag and not taking down their show of support for Hillary Clinton.

Commenting on their Clinton-Kaine lawn sign, the antigay neighbor wrote: “You still advertise as if you are ignorant of developments, but that’s not surprising for the community known ‘gay house.'”

John Gascot and Ron Diana shared a copy of the letter to Facebook and talked to WTVT-TV about how frightening it was.

“I take it as a threat,” said Gascot. But they are not giving in to fear. Gascot commented on Facebook:

“Looks like it’s time to get some extra and BIGGER rainbow flags. I might decide to just paint the fucking garage door in rainbow colors.”

Watch the report below from WTVT:

Green Day leads chant at AMAs: ‘No Trump, no KKK, no fascist USA’