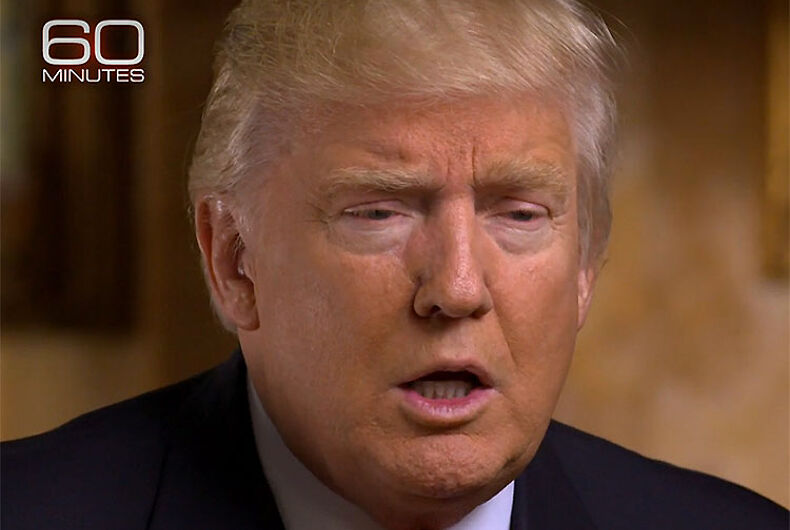 In his first television interview since becoming president-elect, Donald Trump declared in front of his family that he does not think the Supreme Court needs to revisit the issue, in a stunning reversal from the stated mission of the Republican Party platform.

Trump told CBS’ “60 Minutes” on Friday, in the interview broadcast Sunday, that marriage equality has “been settled,” and that what he personally feels about gay marriage is irrelevant.

“These cases have gone to the Supreme Court. They’ve been settled, and I’m fine with that.”

Watch the video from CBS’ 60 Minutes by clicking here.

Read “Why we can’t trust that lying liar Donald Trump on marriage (or anything)” by clicking here.