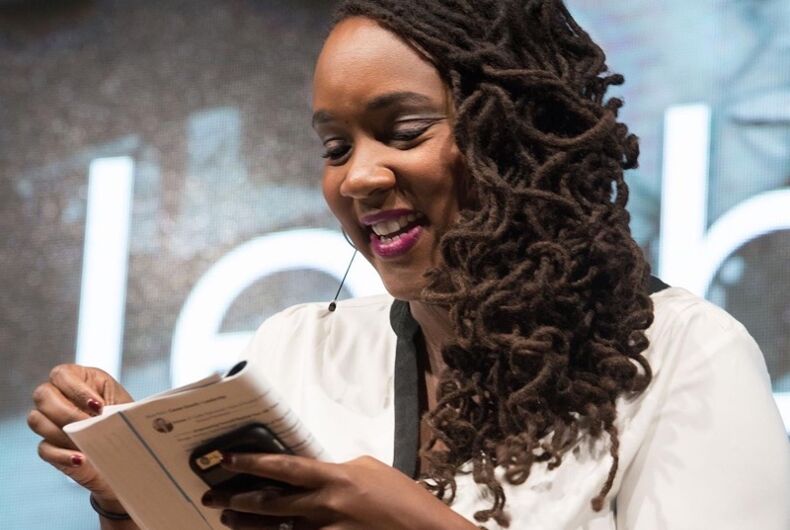 There has never been a woman, a politician or a person on the planet more scrutinized than Hillary Rodham Clinton. For 30 years she has allowed everything about her to be analyzed and critiqued; believing that above all else, she wanted to do her part to help America live up to its ideals of fairness and justice for all.

After Hillary left the White House in the 90s she could have decided to live a quiet life far from the hot gaze of the public; but instead she believed that she had more work to do for the American people. While men are often applauded for their ambition and dedication to public service, Hillary is called “power hungry” for going after what she wants and being unapologetic about her desire to lead.

She has been questioned for hours in front of congressional committees, ridiculed by her Republican opponents for her husband’s indiscretions, called a liar and worse and still she manages it all without breaking a sweat. Many have said, “I just don’t feel like I know her”, when in fact, we know more about Hillary Clinton’s life than members of our own extended families.

Many of us know the pain of being betrayed by the person you love. Your work ethic called into question by a boss or colleague because of your gender, sexual orientation, race or gender identity. The sadness of missing a goal you have set for yourself—only to have to pick yourself back up and keep moving after being defeated. Hillary has felt all of this and done so on the front of every major paper, blog site, billboard and TV around the world. Just imagine your worst day and now ask yourself how you would have handled it if the whole world had been watching.

Hillary continues to fight for all Americans despite some of the inexcusable treatment she has faced; because she believes in the possibility of America’s deepest potential—and she believes her service to this country can help inch us closer to our foremother’s dreams.

Our democracy is imperfect as are our leaders. We don’t need wishful thinking or to sit down and have a beer with them because we “like” them — this isn’t a reality show or dating game. We need a warrior for justice who is willing to be on the frontlines day in and day out fighting for the rights of all Americans and there is only ONE person in this presidential race that has dedicated their life to others, and that’s Hillary Clinton. A vote for anyone else is a vote against the very rights we as members of the LGBT community have spent decades fighting for.

Danielle Moodie-Mills is a writer and social justice advocate. Her writing examines the intersections of race, sexual orientation and gender identity and politics and pop culture. She currently serves as a Vice President at SKDKnickerbocker.

Will legal marijuana be the newest vice to ‘stay in Vegas’?