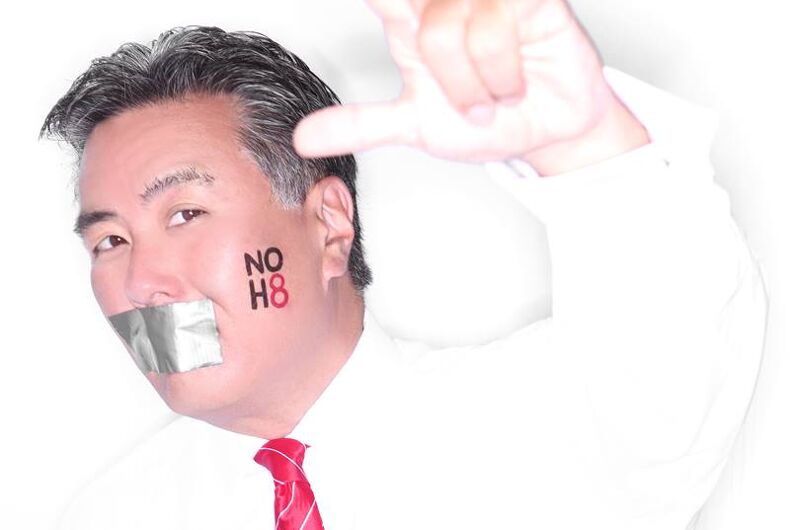 For LGBTQ Americans, there is a clear choice for President of the United States this year. Former Secretary of State Hillary Clinton is a longtime advocate of LGBT rights, a defender of those too often overlooked by broader society, and the most qualified candidate to ever seek the Presidency. In the White House, she will be an ally to our community and a steady-handed leader who will keep America on the path towards greater inclusion and equality.

During her time as a Senator in New York, Hillary had an exemplary record of fighting for LGBTQ Americans. She was a passionate advocate for expanding hate crimes protections to cover those attacked because of their sexual orientation or gender identity. She fought to end workplace discrimination against LGBT people and to end restrictions that blocked same-sex couples from adopting children. In an era when marriage equality was still a controversial topic, she voted against President George W. Bush’s attempts to place a ban on same-sex marriage in the United States Constitution.

As Secretary of State, she led the most LGBTQ-inclusive State Department in American history. She was front and center in the fight to pass the United Nations Resolution on LGBT Human Rights, made the State Department the most LGBTQ-friendly workplace in the Executive Branch, and made it possible for transgender Americans to update their passports to reflect their true gender. She listened to the needs of our community, and advocated on a global scale for our inclusion and empowerment.

Here’s another: Hillary Clinton doesn’t quit. She doesn’t stop when the going gets rough. She doesn’t give up when things go against her, or throw her hands in the air and claim that everything is “rigged.” She’s tenacious, and a force to be reckoned with. We need leaders like that at the front of the progressive movement and in the highest level of our government.

If there’s one thing that has become painfully clear to me during my four years in Congress, it’s that change doesn’t come easily in this nation. As an LGBTQ American, this was, of course, no surprise to me. Progress in America is made in fits and starts — by moving forward as much as we can when opportunities present themselves, and holding our ground against the inevitable pushback.

Every single advance we’ve won for LGBTQ Americans has come through this sort of slow and methodical effort. Every right we now treasure is was won and protected through perseverance and grit.

The LGBTQ movement didn’t give up when the first few cases regarding marriage equality went against us in the 1990s; we kept at it over the years until we were finally able to make, and win, our argument before the Supreme Court in 2015.

We didn’t walk away from the fight when efforts to pass employment non-discrimination laws came up short in Congress after Congress; instead, we regrouped and have come forward with a bolder, more expansive bill, the Equality Act. It will take years to pass this comprehensive LGBTQ rights bill but our community is in this for the long haul. We’ll learn from our defeats, and come back stronger until we win.

The sort of tenacity that has defined the LGBTQ rights movement has been the story of Hillary Clinton’s life. She’s always been willing to play the long game, to grab small victories out of larger defeats, and to get back up and keep fighting even in the face of long odds.

She turned the defeat of her health care plan in the 1990s into an opportunity to create the Children’s Health Insurance Program. In the wake of the worst terrorist attack in American history, she rallied the Senate and nation to rebuild in New York and to provide needed health coverage to victims and first responders. When she lost the hardest-fought Democratic primary in history, she joined the Cabinet of her former rival, becoming one of his most trusted advisors, and today she leads her party forward with his enthusiastic support.

Hillary Clinton has never given up in her life.

Democratic Congressman Mark Takano represents Southern California’s Inland Empire in the United States House of Representatives. He is the first openly gay person of color to serve in Congress.