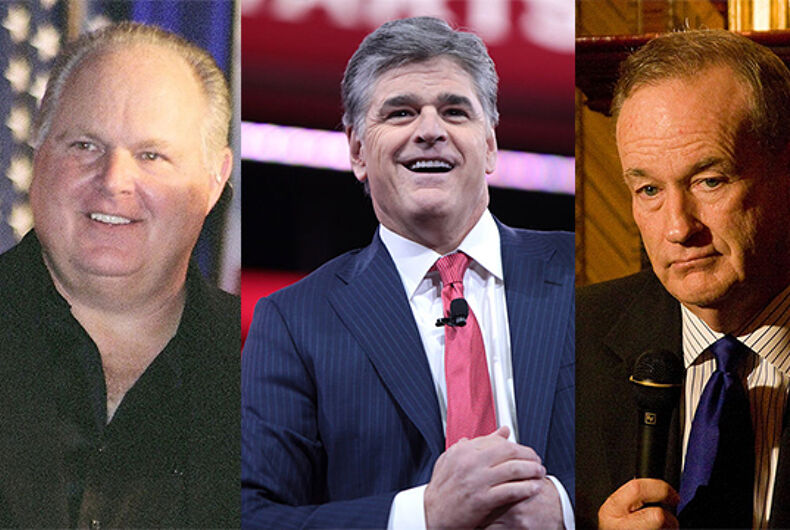 When it comes to political commentators, a recent poll found Christian voters were most influenced in this election cycle by Rush Limbaugh, Sean “Somebody Call Me” Hannity, and Bill O’Reilly.

The poll, conducted by the American Culture and Faith Institute, found that Limbaugh had “a lot of influence,” and he captured 19 percent of the vote. Hannity netted 17 percent, followed by O’Reilly with 14 percent.

Rounding out the top five were radio host Laura Ingraham, with 12 percent, and Tony Perkins of the Family Research Council with 11 percent.

President-elect Donald Trump was seen by many as an unlikely candidate for Christians to rally behind, considering his string of wives, affairs, and sexual assault allegations. When he attempted to play a man of God on the campaign trail, it was laughably transparent that he had spent very little time in churches.

For instance, he called the book of the Bible “Second Corinthians,” “Two Corinthians” during a speech at Liberty University, which he later blamed on Perkins.

The poll was conducted with 3,000 Christians who voted in the 2016 presidential election.