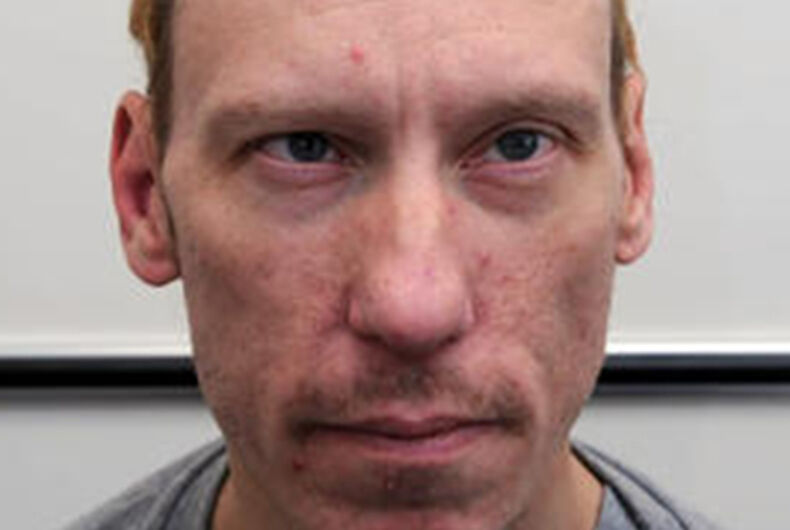 LONDON (AP) — British serial killer Stephen Port was sentenced to life in prison without parole on Friday for the murders of four young gay men whom he met online.

Judge Peter Openshaw said Port should die in prison for his “dreadful offenses.”

Relatives of the victims cheered and clapped as the sentence was announced in the Old Bailey courthouse.

Port was convicted by a jury on Wednesday of plying his victims with drinks spiked with lethal doses of the drug GHB, raping them when they were unconscious and dumping their bodies in and around a nearby graveyard.

The 41-year-old chef also was convicted of 18 other offenses, including four rapes and four sex assaults, against several other men.

The U.K.’s independent police watchdog is investigating why detectives did not initially link the deaths of the four murder victims, all in their 20s, whose bodies were found near Port’s home in east London over a 15-month period.

Police began investigating the deaths as potential homicides only when the family of Port’s final victim, Jack Taylor, pressed for action.

“We finally have justice for Jack and the other boys,” Taylor’s sister Donna said outside court.

“A sick and twisted scumbag will never be able to hurt or destroy any other family’s life,” she said.