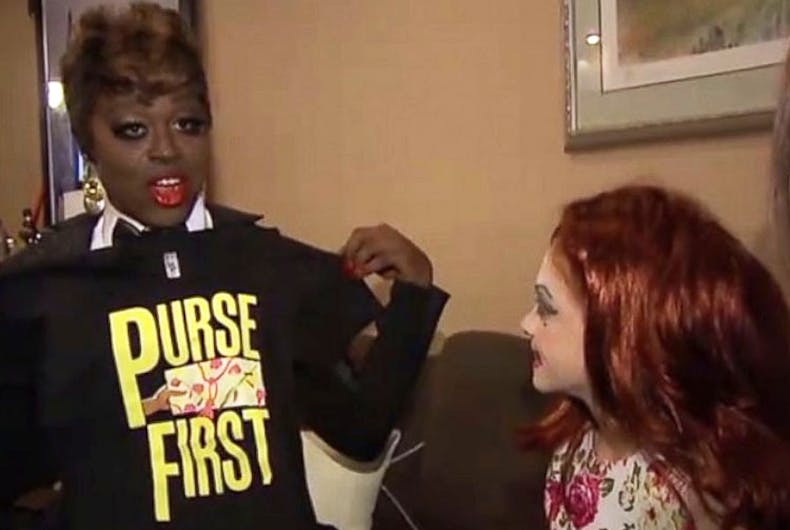 It’s not every Halloween a celebrity drag queen and a nine year old boy go trick or treating — even in West Hollywood. But as the ABC News program Nightline revealed Monday night, that’s exactly what happened when photographs of a nine-year-old California boy dressed up as Bob the Drag Queen went viral.

Bob, of course, is the winner of season 8 of Ru Paul’s Drag Race. And he told ABC “I’ve never met a kid who dressed as me for Halloween before.”

And that kid, C.J. Duron, is the subject of a blog called Raising My Rainbow, “Adventures in raising a fabulous, gender creative son,” as NewNowNext reported.

In her latest blog post titled, “Trick or Treating Purse First,” Lori Duron blogged about her son’s decision to model his Halloween costume after Bob.

“Halloween is a night for boys to dress up as their heroes: firefighters, police officers, military personnel, baseball players and superheroes. My nine-year-old son C.J. is no different from most boys. He’ll dress up as his hero for Halloween. His hero is Bob The Drag Queen.”

Yes, right down to the purse! Watch the magic moment when C.J. was surprised by Bob and they enjoyed a special Halloween drag adventure, below, from ABC News Nightline.