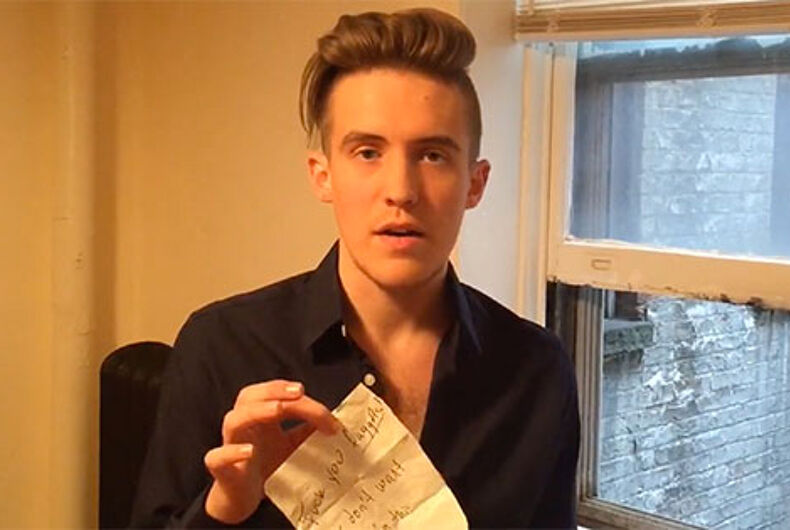 “I felt shock and then more heartbroken then anything else,” says Kyle Arnold, a bartender at El Loco Mexican Cafe in Albany, N.Y.

He claims he found a hateful note slid under the windshield wiper of his car signed “Trump Nation.”

According to The Times Union, the note reads, “We don’t want fa**ots in this country!!!”

“I could feel the anger coming through that letter,” he tells the paper. “I didn’t feel fear for myself because I’ve gotten to the point that I’m confident and proud to be gay. I worried more about attacks on women, Muslims, Hispanics and people of color in light of Trump’s rhetoric.”

“I recognize this is the reality the LGBTQ community faces which is verbal and physical harassment,” he says in the below video. “But I also went to a place of concern for other people.”

Democrats double down and stick with Pelosi as House leader