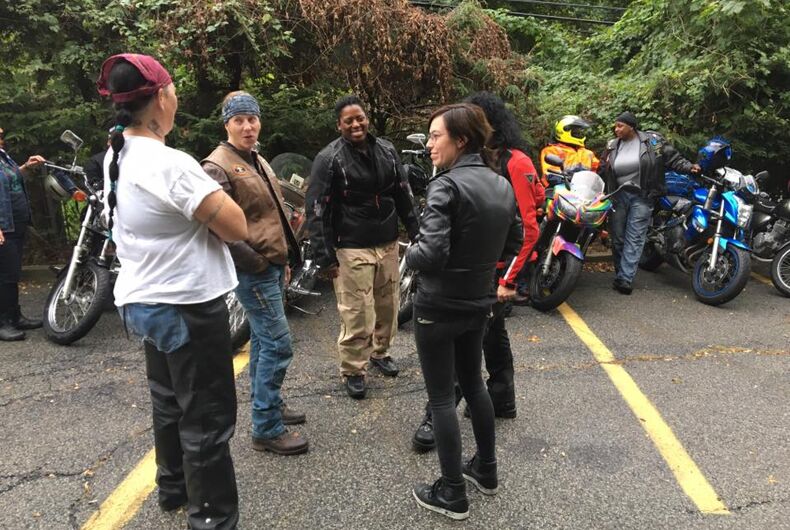 When they aren’t leading the New York City Pride Parade, the city’s oldest women’s motorcycle club is at the vanguard of a different sort of movement–delivering breastmilk to babies in need.

The club delivers for the New York Milk Bank, which helps get breastmilk to babies who were born premature or whose mothers can’t produce enough on their own.

“We have a product. Our product is human milk,” explained Executive Director Julie Bouchet-Horwitz in an interview with The New York Post. “So what we do is, women who have too much milk, we screen them, test their blood, pasteurize it, and then distribute it.”

When she suggested that the Sirens serve as couriers, “because of the traffic jams in the city,” the response was overwhelmingly supportive.

“[I thought] this baby needs to eat. Maybe we should use a motorcycle rider to bring the milk in and out of Manhattan,” she recalled. “These are badass women and it just seemed like such a great idea to be able to employ their services to help us.”

It made perfect sense to the Sirens, who were “pretty unanimous” about helping out.

“We are uniquely positioned to do the job,” explained a founding member. “We’re on our nimble bikes that can get there faster.”

So what are the Sirens all about?

The group is not exclusive to queer women, but is rather open to “any woman, any bike.”

The members added that their presence on the streets is already inspiring to little girls, and they think that using their bikes to offer this service will make them even stronger role models.

Watch the full interview with The New York Post here.

Trump ‘condemns’ white supremacists, but can he shake their support?