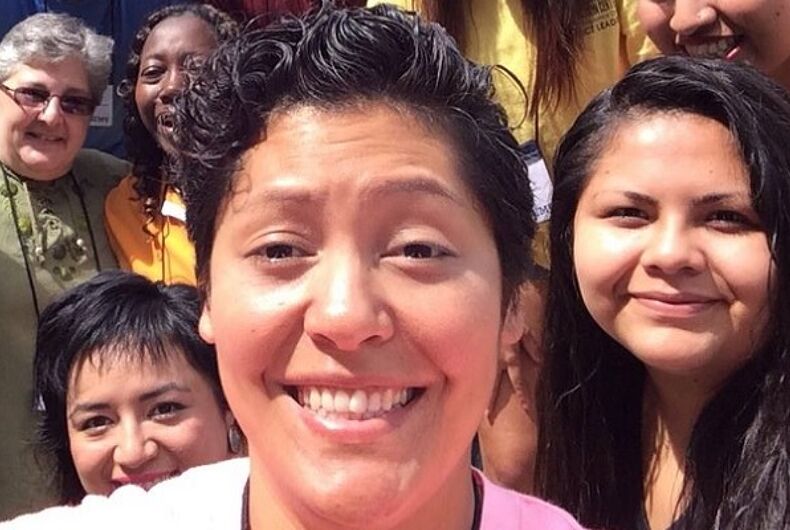 The Atlanta man charged with murder, rape, aggravated assault and aggravated sodomy in the brutal home invasion of an LGBTQ activist will spend the rest of his life behind bars.

A jury Monday convicted Donte Lamar Wyatt after deliberating about a half hour, the Atlanta Journal Constitution reported. Superior Court Judge Asha Jackson sentenced Wyatt to four life sentences, plus 41 years. The first three sentences of life in prison are not eligible for parole.

“This was a horrific, unspeakable crime, and he deserves nothing less than to spend the rest of his life in prison,” District Attorney Robert James told the newspaper. “We want to assure them that he will never, ever be able to do this to anyone else.”

In April 2015, Wyatt broke into 37-year-old Catherine Montoya’s home in East Atlanta and killed her, reported AJC. Wyatt raped the victim and strangled her with a scarf, according to DeKalb County authorities.

He also stabbed his wife in Henry County before his fatal attack on Montoya, who was a member of the Leadership Conference on Civil and Human Rights.

Watch a report on Wyatt’s crimes, conviction and sentencing from WSB-TV, below.