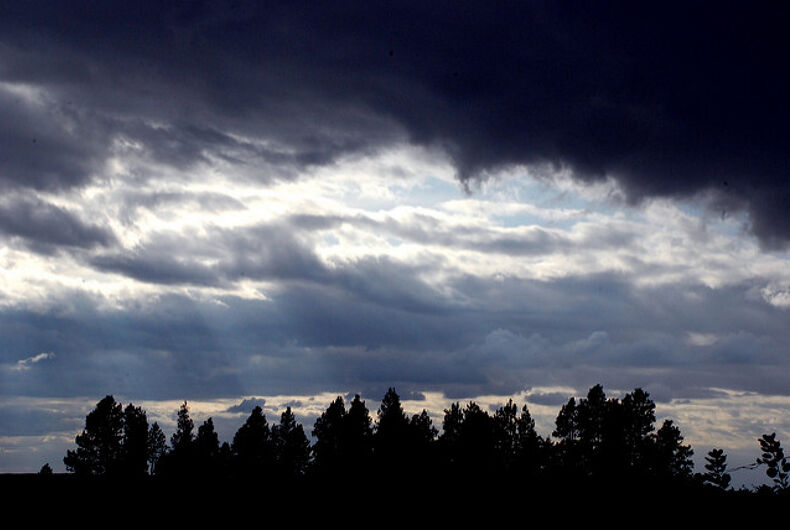 Life feels pretty bleak right now. But despite the unreality of the election results, there are bits of good news. A little silver lining comes in handy at a time like this.

A bunch of wingnuts lost

A handful of really awful candidates lost their elections. Gay sheriff Paul Babeu–the one who allegedly threatened to deport his Mexican boyfriend–failed in his Congressional bid. Long-time Rep. John Mica of Florida, who promoted legislation to protect the rights of marriage equality discriminators, was booted from office. Another Congressional Republican and marriage equality opponent, Scott Garrett of New Jersey, also lost. And while the race hasn’t been called yet, North Carolina Gov. Pat McCrory is lagging by just a few thousand votes in his his re-election bid. If he loses, it will be in large part because of his anti-trans and anti-gay policies.

Cold comfort, but it’s worth remembering that more voters agreed with her vision of America than Donald Trump’s.

Marriage equality is safe for now

The next Supreme Court justice will no doubt be from the far right. But as long as Anthony Kennedy is on the Court, it will keep its tilt in our favor.

For all Trump’s faults, reflexive homophobia is not among them. He’s the first Republican presidential nominee who was willing to have signs at his rallies calling out LGBTQ support. He’s not going to be gunning for us the way that Ted Cruz would have. The problem, of course, is the awful people who surround him.

All the marijuana initiatives won

Recreational marijuana will now be legal in five (maybe six) states, including the most populous, California. All things considered, perfect timing.

The prospect of a GOP civil war

Trump holds grudges, and he has a big one against House Speaker Paul Ryan who was a lukewarm supporter at best, stinging critic at worst. Then there are John McCain and Lindsey Graham, and a bunch of other establishment Republicans who withdrew their support from him or never endorsed him in the first place. Trump could be magnanimous in victory, or he could decide to punish them for sins. The former makes more sense, but the latter would be more fun to watch.

Alec Baldwin has a full-time job for four years

His Trump imitation will be in demand. At least you will be able to laugh through your tears.

Children share their fears about Trump and a ‘culture of violence’