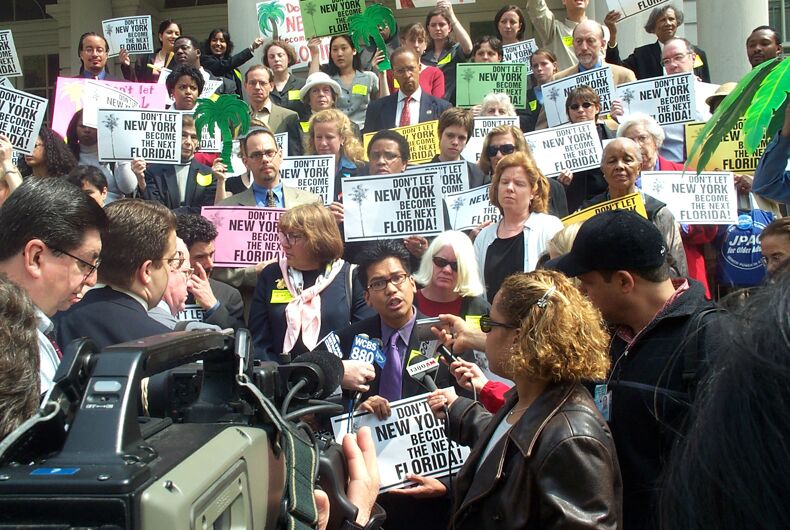 I’m excited to vote for Hillary Clinton for President, not because Donald Trump is dreadful or because it’s a choice between “the lesser of two evils.”  Nor am I making an unqualified and absolute endorsement of her every character trait and position.  I genuinely want to vote for Hillary.

I want to speak to the people who feel disillusioned about voting, who are disappointed in the political campaign and who may not vote at all.

Here are my five reasons:

Hillary Clinton reflects the public policy values that I believe in.  I too want to reduce income inequality, stop global warming, expand health care, promote racial healing and racial justice, and guarantee immigrants’ rights.  I yearn for a balanced U.S. Supreme Court that will safeguard individual rights and freedoms, instead of corporate prerogatives. I know that Clinton will champion these.

I believe that government can take care of its people.  I know someone in Philadelphia who has a chronic illness.  The only way they could get medical care was through Obamacare.  This person is a local activist and leader.  They are so important to me and the local community.  I trust Hillary Clinton will fight for, not restrict, health care.

On the issues, she has my vote hands down.

I Am Impressed with Her

I know Hillary Clinton.  Now, I doubt she remembers me.  But I spoke on a panel with her sixteen years ago at a Filipino empowerment conference.  As my US Senator from New York, I watched her address real community needs after the 9/11 attacks.   And I know much of her work as Secretary of State to counter LGBT violence and discrimination around the world.

I first met First Lady Hillary Clinton in 1993 during the initial effort to take on universal health care.  I was in a meeting with her with other advocates.  We were prepared to educate her on our concerns but she already knew half of them and wanted to learn about the others.

In person, she was warm, funny, and personable.  I know that’s not what people think.  Her media presence lacks charisma and grand oratory skills.  But I’m electing a person to lead our county, not a television persona.

We Can Organize and Hold Her Accountable

I do not think that Hillary Clinton is a political Messiah.  When Barack Obama, Bill Clinton, and Bernie Sanders ran for President, they all made a litany of progressive promises.  They presented a grand vision of America I shared.  But I never thought they could achieve everything they set out to do.

There are powerful interests at play – by corporations, the wealthy, fundamentalist fanatics, and straight up middle-America conservatives – who will stymie progress.  They will temp Hillary Clinton to compromise.  So we must hold her accountable, pushing her to stay the course towards policies that will make our country more inclusive and economically and socially just.  At the same time, we must organize to overcome obstructionists in Congress and convince naysayers in the public of the institutional changes that are needed.

Voting is only the first step.  My vote does not represent a carte blanc endorsement of a candidate’s entire platform.  It is more nuanced.  But voting for a candidate gives me license to push that candidate further.  I would rather spend my time pushing a President who agrees with me in principle than to oppose the regressive policies of one who disagrees.

I Want to Vote For a Woman

I Vote for My Community

I am privileged to be a citizen of the United States and I have the right to vote.  I know many people who cannot vote.  They are young.  They are immigrants.  They are undocumented.  They are people in my community, my friends, and my family members.  I am proud to raise my vote on their behalf so that their voices can be heard.  There is so much at stake.  It is unconscionable, and selfish, if not elitist, not to vote.  I will vote not only for myself but for my community.

I am excited about this election, and nervous as well.  I’ve been through Presidential Elections where the polls and pundits have said the vote would go one way and the election went the other.  People may say one thing in public but do something else in the privacy of the voting booth.  This will be a close race.

I am thrilled at the historic opportunity to vote for Hillary Clinton.  Along the way, with tenacious advocacy and unrelenting grassroots organizing, I know that together we will be able to achieve concrete victories that will meaningfully improve people’s lives.

I’m proud and excited to vote for Hillary Clinton for President.

Glenn D. Magpantay is the executive director of a national lesbian, gay, bisexual and transgender organization of Asian Americans, South Asians, Southeast Asians, and Pacific Islanders.  The opinions expressed here are entirely the author’s own and do not represent the views of his organization or any other affiliation.

For a independent nonpartisan guide to the Presidential candidates’ positions, go to https://www.nqapia.org/wpp/2016-november-elections/

Pentagon to same-sex domestic partners: Get married by New Year’s Eve, or else