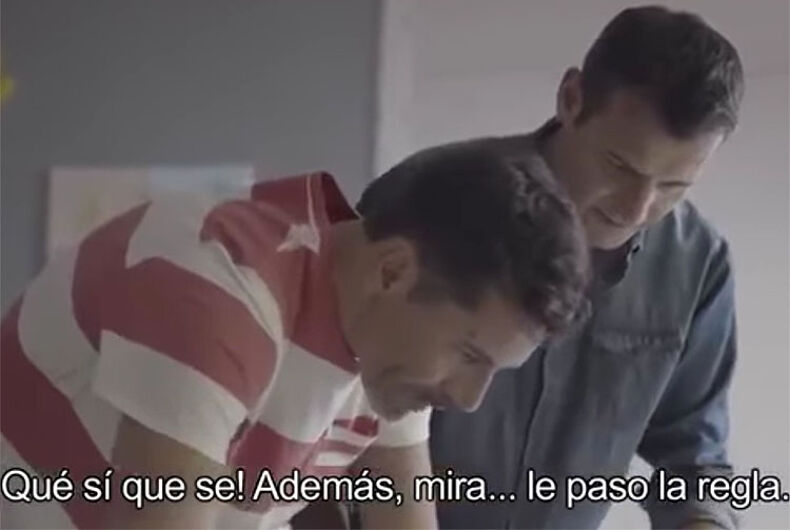 A heartwarming advertisement for Spain’s leading department store vanished from YouTube and a group of Catholics who oppose same-sex marriage is taking credit.

The 20-second ad shows two gay dads, struggling to cover their child’s school books. One tells the other, “Darling, let me, you’ve got glue on your hands.” Then we see their child, who is watching TV with a friend, turn and say: “See? I told you it wouldn’t be quicker with two dads!”

HazteOir.com collected more than 21,000 signatures on its website, reports El Pais, accusing El Corte Inglés of proposing to “remove the rights of children” to both a mother and father. Although Spain legalized same-sex marriage as far back as 2005, HazteOir.com has fought tooth and nail to whip up public opposition, and to oppose other rights such as abortion.

Supporters of the ad tried in vain to rally followers, garnering 79,000 signatures on a Change.org petition, and tweeted that the video’s removal was a victory for homophobia:

The organization hailed its success, claiming a representative from El Corte Inglés said the video was being pulled as a result of its campaign. However, El Corte Inglés told El Pais that the video and several others were removed because the rights to the music used in the videos expired.

Watch the ad at the center of the controversy below.

Malcolm X was a ‘gay for pay’ hustler in his youth