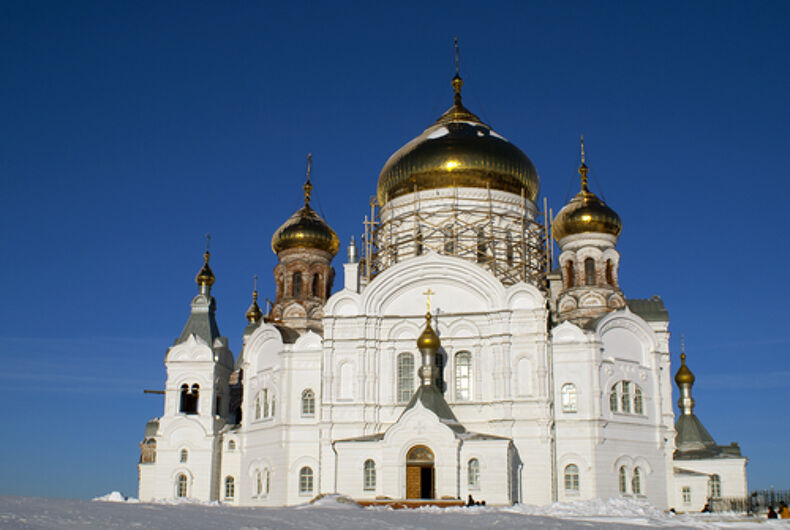 Perm is not just a hairstyle, it’s a city of more than one million people in western Russia, located in Eastern Europe near the Ural Mountains. And if the progressive leaders and members of its LGBTQ community and their allies get their way, the industrial, scientific and cultural hub on the Kama River will be home to a Pride parade next month.

If approved, it would be the first break with the official orthodoxy since antigay laws went into effect in June 2013. The statute essentially prohibits public displays of homosexuality, as well as talking about it to children.

But according to Gay Star News, the head of Perm city council has said Russia’s government has no authority on whether to decide someone can hold a public event.

‘The right of citizens to freedom of peaceful assembly is conflicting with the need to protect children from information that could harm their health, moral and spiritual development,’ said Yuri Utkin.

Perm is standing alone against a tide of antigay cities and towns: Yekaterinberg, Ufa, Sverdlovsk, Kurgan and Chelyabinsk have all banned Pride events, reported GSN.

Gay rights activists have lodged an application with the Perm authorities, noting existing laws protecting freedom of expression and freedom of assembly.

The local homophobes aren’t rolling over, however. They’ve reportedly formed a petition, which says in part: “Residents…have a right to live on their land without facing the public promotion of homosexuality and other public events, frankly insulting public morality.”

The goal of Pride organizers, reports GSN, is to gather about 300 people in Perm’s city square “to draw public attention to the problems of discrimination against LGBTQ people.” A meeting is set for November 7.

“Our voices must be heard,” organizer Yelena told GSN. ‘Stopping gay people from congregating in a public place is against the law.

“We hope the Perm authorities will see sense and recognize homophobic legislation should not have the same standing as a fundamental right to expression and freedom to assembly.”