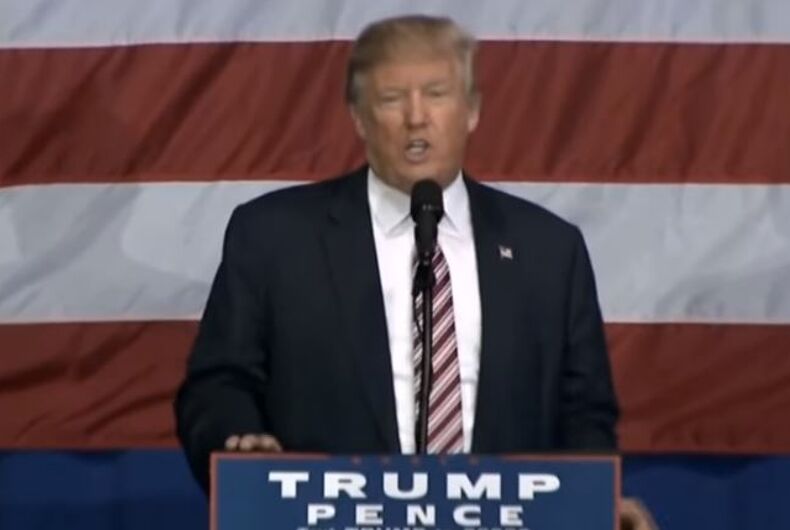 Donald Trump would not say that he will accept the results of the upcoming presidential elections if he should lose to Hillary Clinton when asked by moderator Chris Wallace at last night’s third and final debate.

“What I’m saying is, I will tell you at the time. I’ll keep you in suspense,” Trump answered.

He has already been making claims that the election is being rigged against him, blaming the media, the Justice Department, and the FBI, as well as making unsubstantiated claims of widespread voter fraud. Many see this as Trump laying the groundwork for challenging the results should he lose, which it now seems clear he will likely try to do should that outcome come to pass.

While his surrogates tried to mitigate the damage from last night’s refusal to state that he would accept the election results, falsely comparing it to Al Gore in 2000, the candidate himself is doubling down the day after the debate.

“I would like to promise and pledge to all of my voters and supporters and to all of the people of the United States that I will totally accept the results of this great and historic presidential election — if I win,” Trump said to cheers at a rally in Ohio today. He chose to begin the event with this proclamation.

As Clinton said at last night’s debate, “That is horrifying.”

Watch the video of Trump making the remarks, via Right Wing Watch, below.