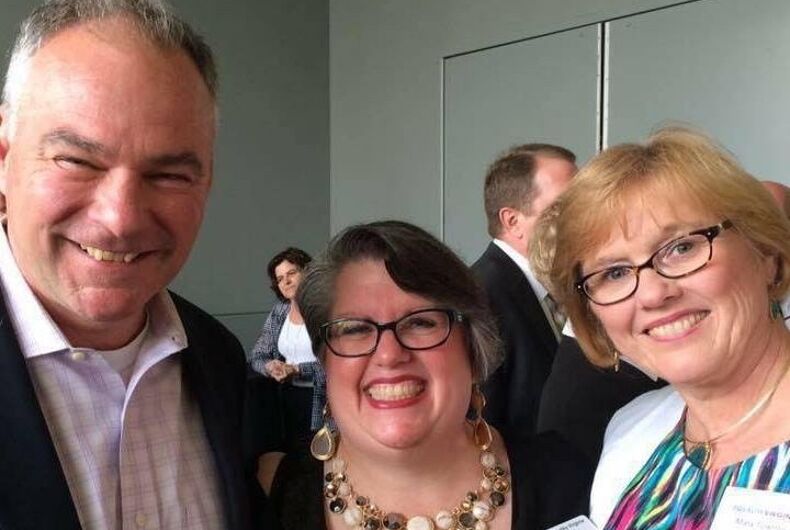 Tim Kaine, Carol Schall, and Mary Townley in a photo posted to Schall's Facebook page in July.Photo: Schall via Facebook

Democratic vice presidential candidate Tim Kaine has invited a married lesbian couple to be among his guests at tonight’s debate with Republican counterpart Mike Pence.

The couple, Carol Schall and Mary Townley, were plaintiffs in a lawsuit challenging Virginia’s ban on same-sex marriages, which led to it being overturned. Their daughter, Emily Schall Townley, will attend with them.

Kaine, like his running mate Hillary Clinton, had to “evolve” on marriage equality. He was initially against it, but came around in 2013 as Virginia’s senator.

Pence is still staunchly opposed to same-sex marriage, and LGBTQ rights in general, as is the man at the top of his party’s ticket, Donald Trump, who has pledged to work to overturn it.

Watch a video of Schall and Townley talking about their relationship and their decision to fight for marriage equality below.