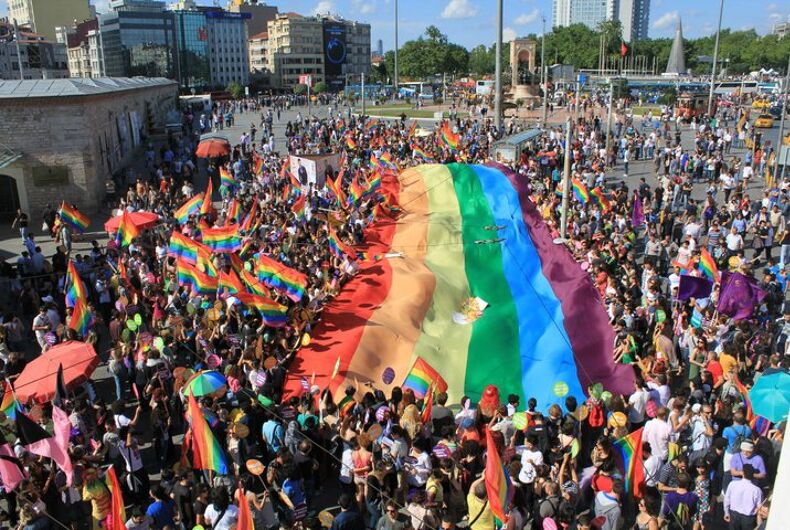 When I came out 40 years ago, I learned much of what it is to be gay from older gay men, Hispanic and Anglo, whom I met in Miami’s then-flourishing gay bars. There were more gay bars in Miami in 1974 than there are now.

Some of those men told me tales about being gay in the 1940s, 1950s and 1960s in the United States, in Cuba, or in other Latin American countries. From them I learned how difficult it was to be gay back then, how far we have come since then, and how far we still had to go.

As the son of heterosexual parents, I did not learn about my community’s history from my parents, nor from my teachers or my straight peers. My education as a gay man came from gay sources, from books written by gay people and from the stories told to me by other gay men.

Forty years later, I still remember the lessons that I learned from those men, especially those who are no longer with us. Now that I am an elder gay myself I want to continue that tradition and teach younger generations about our past, either in person or through my writing. I find this tradition to be especially relevant in this month of October, otherwise known as Lesbian, Gay, Bisexual and Transgender History Month.

LGBT History Month began in 1994 when Rodney Wilson, a high school teacher in Missouri, decided to do something about the lack of queer voices in history textbooks. He organized other educators and community leaders for the purpose of educating students and the general public about our history, the history that many of us learned from older LGBT people when we first came out.

October was chosen because it is full of LGBT history: the dates of the first (1979) and second (1987) Marches on Washington for Lesbian and Gay Rights are in October, as is National Coming Out Day (Oct. 11) and Halloween (Oct. 31). Furthermore, October falls in the middle of the academic calendar, unlike the month of June (LGBT Pride Month), which allows educational institutions to participate.

To many people, including the fine folk from Equality Forum, LGBT history is basically a roster of “great LGBT people in history.” This was used by apologists for decades to justify sexual or gender variance: in other words, it is not so bad to be a gay man if Michelangelo was one. But Michelangelo’s sexual orientation, which is still debated, does not do away with homophobia any more than the fact that Albert Einstein was a Jew did away with anti-Semitism, or the fact that Louis Armstrong was African-American did away with racism.

For every Susan B. Anthony or Bayard Rustin there were thousands of women or men who struggled anonymously against a hostile society and religious, legal, and scientific systems that branded them sinners, criminals, or mentally ill. The fact that many of them survived such a regimen to create loving households, supportive social groups and flourishing communities says a lot about their survival skills. We are here today because of them.

There are many books written about Walt Whitman and Radclyffe Hall. What about the anonymous lesbians, gay men, bisexuals, and transgender people who lived their lives the best they could? Since 1990, our histories have gone beyond great queers to study the lives and times of our more ordinary ancestors. They include books of popular or scholarly history, film or video documentaries, and programs and exhibits by community institutions like Fort Lauderdale’s Stonewall National Museum and Archives.

While we can learn much from books, videos, or museum exhibits, they only supplement the knowledge that we learn from personal contact with those who walked ahead of us.

So the next time older LGBT persons want to tell you their story, please listen. Their stories are quaint, funny, tender, touching and sad, and they all have something to teach us.

And when the time comes, do not hesitate to tell your own story to those who come after you, so they too can learn. That is what LGBT History Month is all about.

Trump slings mud, threatens, lies: ‘I would be a president for all our people’