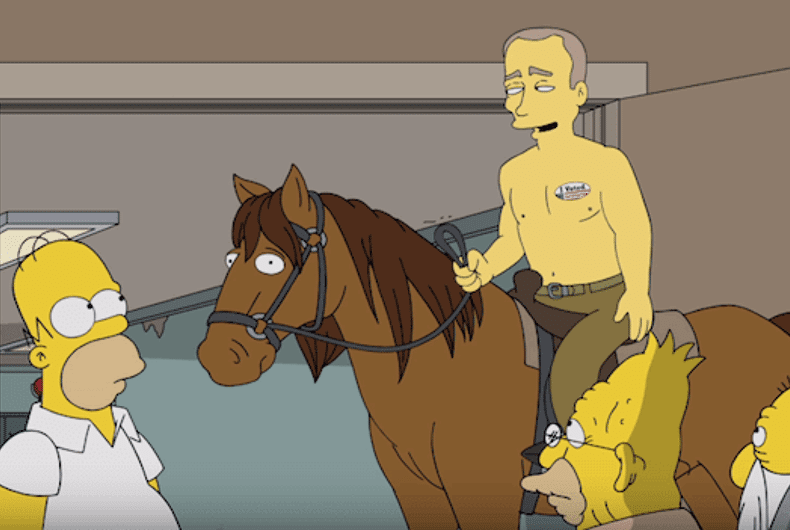 The Simpsons, the show that accurately predicted the presidential showdown between Donald Trump and Hillary Clinton, isn’t done poking the Orange Wonder yet. This time they’re all about the strange partnership between Russian President Vladimir Putin and Trump.

Watch as Homer talks about the candidates with a mysteriously accented fellow voter determined to win the election for Trump. Be prepared for Trump’s angry denunciation of the cartoon as a propaganda tool of the media elite or something.