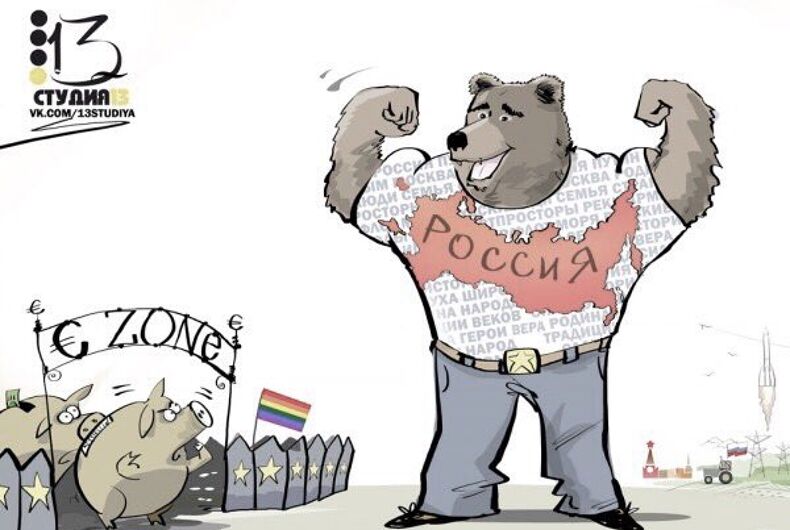 The Russian embassy in Britain tweeted a cartoon on Sunday depicting the European Union member countries as gay pigs.

The acronym PIIGS is used by economists to refer to countries like Greece, Italy and Spain that are facing economic difficulties and causing a financial crisis on the continent.

Blogger Joe Jervis notes that the propaganda is “an implication that the European Union’s continuing financial woes are tied to their support for LGBT rights.” “The sign over the Eurozone entrance is also rather evocative” of German concentration camps, he adds.

If Russia is in decline, why worry? Maybe, real worry is West's decline and that we manage things better? pic.twitter.com/WqG4uT5Pqt

Why are these gay Republicans proudly backing Trump for president?