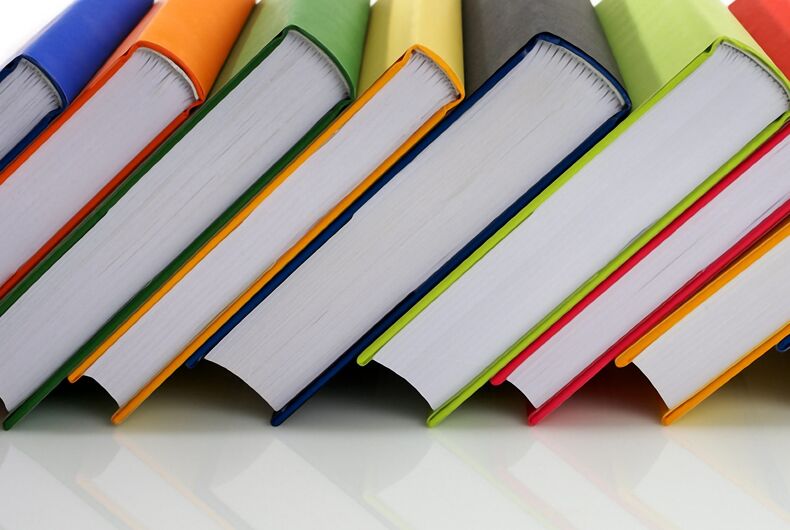 “Multicultural education is a philosophical concept built on the ideals of freedom, justice, equality, equity, and human dignity… It challenges all forms of discrimination in schools and society through the promotion of democratic principles of social justice… [emphasis added]

October is LGBT History Month. It originated in 1994 when Rodney Wilson, a high school teacher in Missouri, had the idea that a month was needed to commemorate and teach this history, since it has been perennially excluded in the schools. He worked with other teachers and community leaders, and they chose October, since public schools are in session and National Coming Out Day already fell on October 11.

I see this only as a beginning, since LGBTQ history is all our history and therefore needs to be taught and studied all year, every year.

A few years ago, the Lesbian, Gay, Bisexual, and Transgender Alliance at a private Boston-area university asked me to give a presentation on LGBT history at one of its weekly meetings. During my introductory remarks, in passing, I used the term “Stonewall.” A young man raised his hand and asked me, “What is a ‘Stonewall?'”

I explained that the Stonewall Inn is a small bar located on Christopher Street in Greenwich Village in New York City where, in the early morning hours of June 28, 1969 during a routine police raid, patrons fought back. This event, I continued, is generally credited with igniting the modern movement for LGBT liberation and equality.

The young man thanked me and he stated that he is a first-year college student, and although he is gay, he had never heard about Stonewall or anything else associated with LGBT history while in high school. As he said this, I thought to myself that while we have made progress over the years, conditions remain very difficult for LGBT and questioning youth today because school is still not a very “queer” place to be.

In my own high school years during the 1960s, LGBT topics rarely surfaced, and then only in a negative context. Once, my health education teacher talked about the barbaric technique of electroshock treatment to cure “homosexuals” of their sexual desires. In senior English class, the teacher stated that “even though Andre Gide was a homosexual, he was a good author in spite of it.”

These references — within the overarching Heterosexual Studies curriculum at my high school — forced me to hide deeper inside myself, thereby further damaging my self-esteem and identity.

I consider the half-truths, misinformation, deletions, omissions, distortions, and the overall censorship of LGBT history, literature, and culture in the schools as a form of violence.

I am seeing an increasing emphasis within the schools on issues related to bullying and harassment prevention. Current prevention strategies include investigation of abuse and unequal power relationships, issues of school climate and school culture, and how these issues within the larger society are reproduced in the schools, among other concerns.

Throughout the United States, under the battle cry of “preserving traditional American family values,” conservative and theocratic forces are attempting to prevent multicultural curricula from being instituted in the schools. On the elementary school level, they are targeting books like And Tango Makes Three (by Justin Richardson and Peter Parnell), a lovely true story about two male penguins in the New York City Central Park Zoo raising a baby penguin. They’re also targeting King and King, by Linda de Haan, about a king meeting his mate, another king.

Not so long ago, the right went after Daddy’s Roommate, written and illustrated by Michael Willhoit, about a young boy who spends time with his father and his father’s life partner Frank, following the parents’ divorce. Another favorite target was Gloria Goes to Gay Pride by Lesléa Newman (with illustrations by Russell Crocker), a portrait of young Gloria who lives with her two mommies: Mama Rose, a mechanic, and Mama Grace, a nurse.

For LGBT violence and suicide prevention strategies to have any chance of success, in addition to the establishment and maintenance of campus gay/straight alliance groups, ongoing staff development, written and enforced anti-discrimination policies, and support services, schools must incorporate and embed multicultural perspectives, including LGBT ones, into the curriculum across the academic disciplines and at every level of the educational process.

This should be done age-appropriately from preschool through university graduate-level programs and courses, from the social sciences and humanities, through the natural sciences and STEM (Science, Technology, Engineering, Math) disciplines. LGBT experiences stand as integral strands in the overall multicultural rainbow, and everyone has a right to information that clarifies and explains our stories.

I was encouraged to see one state, California, leading the way. In 2011, the California legislature passed and Governor Jerry Brown signed into law SB48, the first law in the nation requiring the state board of education and local school districts to adopt textbooks and other educational materials in social studies courses that include the contributions of LGBT people.

For LGBT youth and their allies, this information can underscore the fact that they are not alone in their feelings and desires, and that others like themselves lead happy and productive lives. This in turn can spare them years of needless alienation, denial, and suffering. For heterosexual students, this can provide the basis for appreciation of human diversity and help to interrupt the chain of bullying and harassment toward LGBT people.

No matter how loudly organizers on the political and theocratic right protest that this is merely a “bedroom issue,” we know that the bedroom is but one of the many places where we write our stories. Therefore, while each October is a good time to begin the classroom discussions, I ask that our full stories be told throughout the year.

For what is true in AIDS education holds true for our history as well: “Silence = Death.”