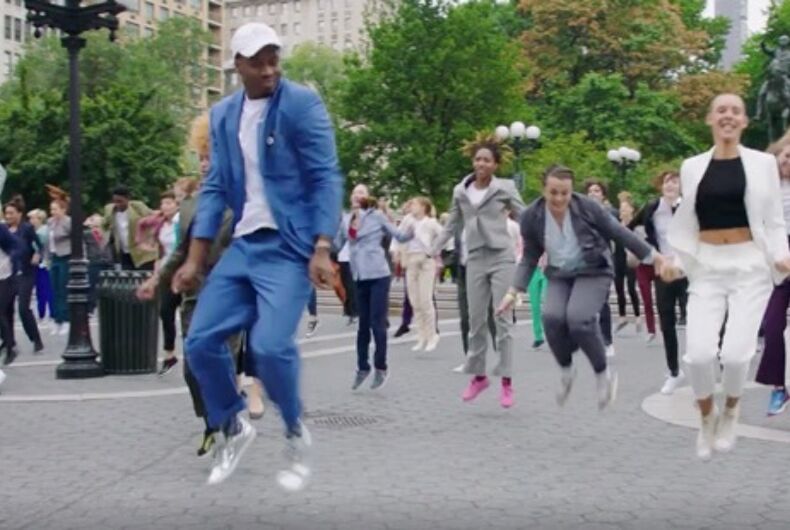 The social media campaign “Humanity for Hillary” is making a splash this week with a new video of a #PantsuitPower flashmob. Dozens of dancers clad in Hillary’s signature look took to New York City’s Union Square for an incredibly choreographed performance of Justin Timberlake’s “Can’t Stop The Feeling.”

The group says on their website that “As of September 1, our social media campaign has reached more than 25 million people online, and our videos have been viewed almost 5 million times. We’ve been covered by more than 50 mainstream media outlets and in 44 out of 50 states – all because of the positive, people-powered movement of HRC supporters who want to use art and creativity to help get her message out.”

Watch the joy unfold below and try not to shout, “I’m with her!”