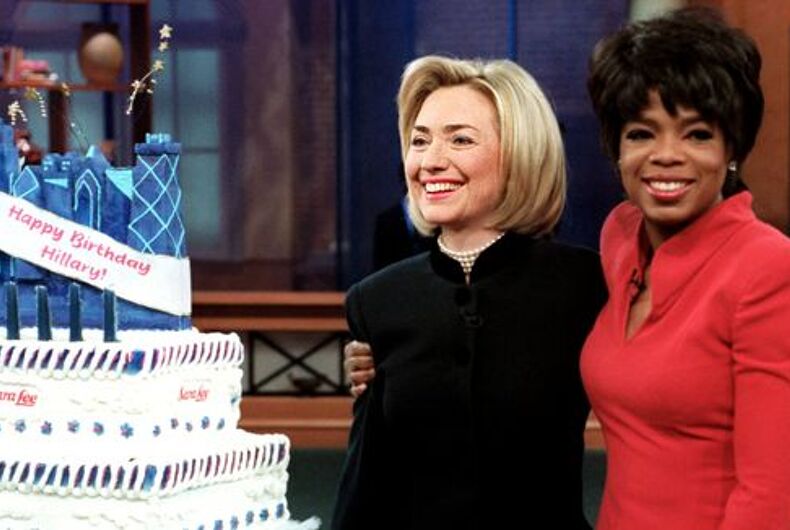 Oprah Winfrey has a message for undecided voters who just aren’t quite sure if they like Hillary Clinton. So what?

Winfrey endorsed Clinton back in June, calling the possibility of a her winning the presidency “a seminal moment for women.”

“What this says is, there is no ceiling, that ceiling just went boom! It says anything is possible, yes, when you can be leader of the free world,” she told Entertainment Weekly.

Clinton tweeted out her appreciation for the endorsement from another trailblazer.

.@oprah Thank you. It’s an honor to have the support of someone who's shattered so many glass ceilings. https://t.co/U34EtHoYQD

“Because I am for Barack does not mean I am against Hillary or anybody else,” she said at the time. “I have not one negative thing to say about Hillary Clinton.”

In this election, she says there “really is no choice.”

“The reason why I haven’t been vocal, other than saying I’m with her, is because I didn’t know what to say that could actually pierce through all the noise and the chaos and the disgusting vitriol that’s going on and actually be heard,” she revealed.

Now that we are so close to choosing the next president, Winfrey appears ready to at least attempt to have her unreserved endorsement heard.

Watch her make the case in the video below.